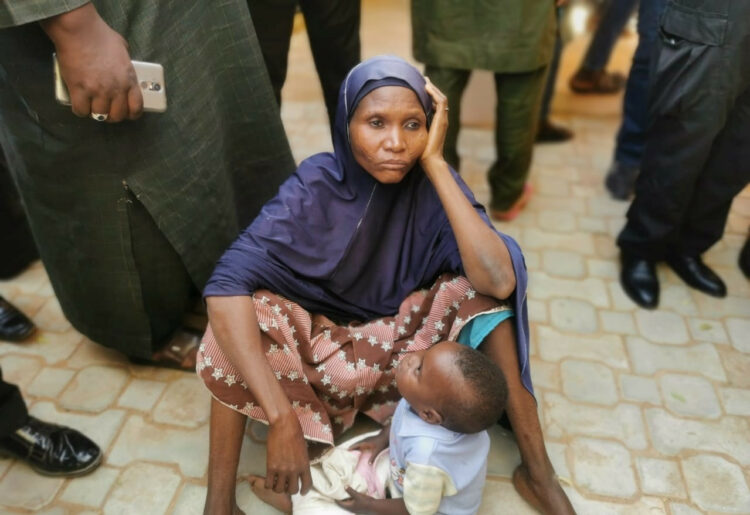 Aisha Ibrahim, allegedly stole her co-wife’s 2-year-old son with intent to sell him

Police have arrested a Nigerien woman identified as Aisha Ibrahim, who allegedly tried to sell her co-wife’s two-year-old boy in Gusau, the state capital.

The woman, who hails from Danyade Kaya village in Maradi, Niger Republic, was arrested with her co-wife’s child whom she claimed she stole in retaliation to the theft and sale of her son by her co-wife.

She further confessed that the reason for the theft was to sell the child and raise money for her day-to-day needs.

Meanwhile, Elknanah said military operatives deployed along Dansadau road in Maru LGA intercepted and rescued 17 victims, who were abducted on December 14, 2021, in Wamba Village of Mariga LGA of Niger State.