We’ve discovered something more than oil in Cross River – Official 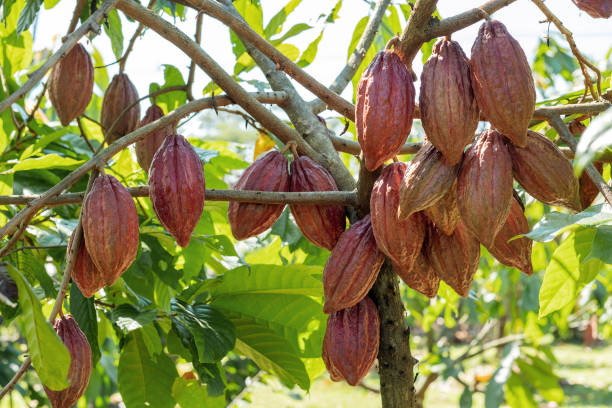 “We have discovered gold in Cross River; something more important than crude oil,” these were the words of   Special Adviser to Cross River’s Gov. Ben Ayade on Cocoa Development, Dr Oscar Ofuka.

Dr. Ofuka said this during the harvesting and distribution of improved cocoa seedlings from the state’s demonstration farm to farmers in the Southern senatorial district of the state in Calabar the state capital on Thursday.

“Cocoa is a very expensive cash crop of global status; a pod of this improved variety costs about N480 while the price of a bag of cocoa seeds has risen from N45,000 to N100,000,” he said

He urged people of the Southern senatorial district to go into cocoa cultivation as the state needed to de-emphasise earnings from the Federation Account and pay close attention to cocoa development.

He said in the Southern senatorial district, government has planted 3,800 hectares of cocoa in Akimosomba in Akamkpa Local Government Area and acquired swathes of land in other local government areas for the same purpose.

He noted also that government started a model cocoa farm in Calabar after investigating and confirming that the climatic condition of the south was also very favourable for cocoa cultivation.

“Today, we are witnessing the harvesting and distribution of this improved variety from our model farm in Calabar. There is a ready market for cocoa at the cocoa processing factory established in the state.

“I appeal to traditional rulers in the Southern senatorial district to make land available to the next administration for continuous development of cocoa,’’ Ofuka said.

His Majesty, Maurice Okon-Eyo 1, the Muri Munene of Efut kingdom praised the governor of Cross River for his industrialisation drive in agriculture and in the cocoa subsector.

“My council and I will go back and educate our people and get them to embrace the vision of the state government in cocoa revolution.

“This is because I don’t think there is any other cash crop that can give you the kind of money in the shortest possible time like cocoa,’’ the traditional ruler added.