Use ‘ReportMagoMago.com’ to tackle corruption, US Consul General urges Nigerians 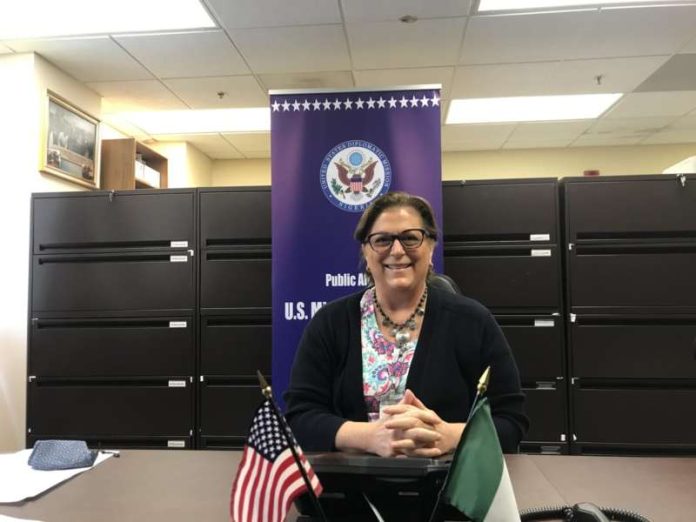 The United States Consul General, Claire Pierangelo, has urged Nigerians to use ‘ReportMagoMago.com’, a web-portal to address corruption in Nigeria.

She said countering corruption is not only a key concern in Nigeria but also a core US national security priority for the Joe Biden administration.

The diplomat spoke on Friday in Lagos during the launch of ReportMagoMago.com, a unique web-based portal that leverages citizen engagement to fight corruption.

She said the initiative aimed at putting power to report corruption in the hands of Nigerians. The event was held in collaboration with the Inter-Religious Coalition Against Corruption in Nigeria.

A statement by the Consulate General on Friday quoted Pierangelo as saying during launch, “Countering corruption is not only a key concern in Nigeria but also a core U.S. national security priority for the Biden administration. Growth and development, consistent with the richness and strength of Nigeria, depend on a new narrative and a culture where corruption has no place.”

Pierangelo urged Nigerians to demonstrate their commitment to the fight against corruption by using the innovative online platform seeking to address the daily instances of corruption faced by millions of Nigerians.

She also expressed optimism that the new initiative would encourage Nigerians affected by corruption to feel empowered to share their experiences and spark a new movement in citizen engagement in fighting the scourge that had hampered development and stifled prosperity in the country.

The Consulate General noted that the US government was committed to supporting anti-corruption initiatives and collaborative efforts to prevent graft, strengthen investigation and prosecution of corruption, promote accountability and transparency, and empower reformers.

Stating that the event was attended by Bishop Emmanuel Isong and Imam Shefiu Majemu, the statement added that the Inter-Religious Coalition Against Corruption in Nigeria was formed in 2016 by Muslim and Christian religious leaders to address how faith communities could take a leading role in anti-corruption advocacy in Nigeria.