by Nuruddeen M. Abdallah
in Investigations, Lead of the Day
0 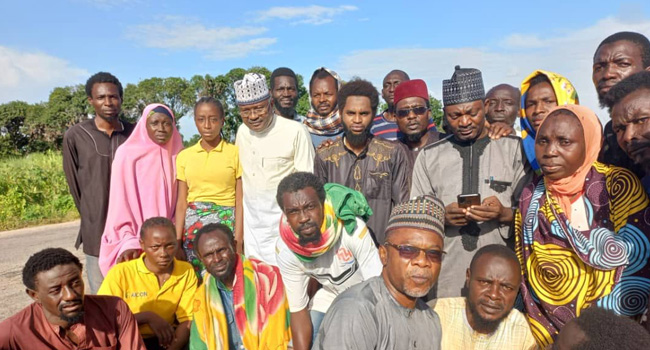 The 23 remaining Kaduna train hostages after their release on Wednesday

On Wednesday, the remaining 23 passengers kidnapped from AK9 Abuja- Kaduna train six months ago, have been released by their terrorist-abductors. The Nigerian Railway Corporation (NRC) said a total of 362 validated passengers and 20 crew members were aboard the train when it was attacked Monday evening less than 10 kilometers to Rigasa Station in Kaduna.

21st CENTURY CHRONICLE has reviewed a horrifying timeline of the unprecedented train terror attack in Nigeria.

The Nigerian Railway Corporation (NRC) suspended the Abuja – Kaduna train services hours after the train was attacked by terrorists.

President Muhammadu Buhari directed the immediate conclusion of all the processes for the implementation of the Integrated Security Surveillance and Monitoring Solution for the Abuja to Kaduna railway. He gave the order after receiving security briefs from security chiefs in Abuja.

The terrorists freed the Managing Director of the Bank of Agriculture, Alwan Ali-Hassan, after his family paid a “huge ransom.”

Former Governor of Lagos State Asiwaju Bola Ahmed Tinubu donated N50 million to the victims of the Kaduna train attack. He earlier cancelled his birthday colloquium over the brutal attack.

The attackers of the train released a video footage of some of the abducted passengers. In the 1:21 minute video, four bandits dressed in military camouflage were seen backing a destroyed military tank.

The terrorists released a handout video footage showing dozens more hostages pleading for government to intervene and secure their release.

The NRC said in a statement signed by its Deputy Director, Public Relations, Mr. Yakub Mahmoud that the suspended Abuja- Kaduna train services will resume from May 23. It said the service will return with greater security measures and without the early morning and the night train operations.

The NRC suspended its scheduled resumption of the train service over mass opposition by families of kidnapped passengers, who said it was insensitive to resume operation on the route when their loved ones are still languishing in captivity. The NRC spokesperson Mr Yakub said a new date would be announced “soonest.”

The families of the abducted hostages said they were ready to negotiate with the terrorists to secure the release of their loved ones. Chairman of the families, Dr. Abdulfatai Jimoh, revealed this in an interview with journalists.

Mr Mamu told journalists in a press conference that the train attackers have shot Mr Mohammed Al- Amin, one of the abducted passengers in their custody.

Boko Haram fighters believed to be Kaduna train attackers, stormed Kuje Custodial Centre (Kuje Prison) in Abuja, freeing 879 inmates, including 69 terrorists. The Nigeria Correctional Service (NCoS) said over 443 of the fleeing inmates have been recaptured; while four inmates and one Nigerian Security and Civil Defence Corps (NSCDC) official were killed.

The kidnappers threatened to abduct President Muhammadu Buhari and Kaduna State Governor Nasiru El-Rufai in a new video as they mercilessly flogged the hostages, including women, the aged and children. The terrorists threatened to slaughter some of the hostages, sell some of the women like they did to Chibok girls, abduct senators and other government officials.

The attackers freed a couple, her four children and an elderly woman. The lady, identified as Maryam Bobbo, was abducted alongside her husband and four children. The father of the four children, Abubakar, is a staff of the National Assembly Commission and son of a former Military Administrator of Kano and Benue States, Major General Chris Garba. The kidnappers also released a 60-year-old woman, identified as Hajia Aisha Hassan, who was released due deteriorating health.

The terrorists freed four more hostages, comprising two men and two women. The men are Muhammad Sani Abdulmajid (aka M.S Ustaz) of Tudun Wada Kaduna, and Alhaji Modin Modi Bodinga, a Sokoto state indigene. While the two ladies are an elderly woman, a 90-year-old Mama Halimatu Atta, a sister to the Ohinoyi of Ebira Land, Dr Ado Ibrahim. She was abducted alongside her daughter, the 53-year-old Adama Atta Aliyu, hours after they returned from Saudi Arabia for lesser hajj.

Officials of the Department of State Service (DSS) arrested the Kaduna train hostage negotiator Tukur Mamu. He was picked at the Malam Aminu Kano International Airport in Kano after his arrival from Cairo, Egypt.

The DSS has said its officials found “incriminating materials” after a search at Mr Mamu’s residence and office in Kaduna.

A Kaduna-based Islamic scholar, Sheikh Ahmad Gumi urged the DSS to either release Mr Mamu or charge him to court. During his weekly preaching at Sultan Bello Mosque Kaduna, the cleric said keeping Mamu in custody was intimidating to his family.

The DSS arraigned Mr Mamu before Justice Nkeonye Maha of the Federal High Court, Abuja, charging him with being a logistic supplier, aiding and abetting terrorism. The court granted the security agency’s leave to detain Mamu for 60 days in the first instance, pending the conclusion of the investigation.

The train attackers released the remaining 23 abducted passengers bringing an end to the six-month-old crisis. This was announced in a statement by Professor Usman Yusuf, secretary of the Chief of Defence Staff Action Committee. 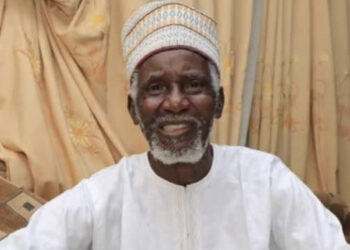 Truck involved in Ogun accident not our own – Dangote

How Nigeria can end kidnapping, others – UK envoy