by 21st Century Chronicle
in Lead of the Day, Politics, Special Report
0 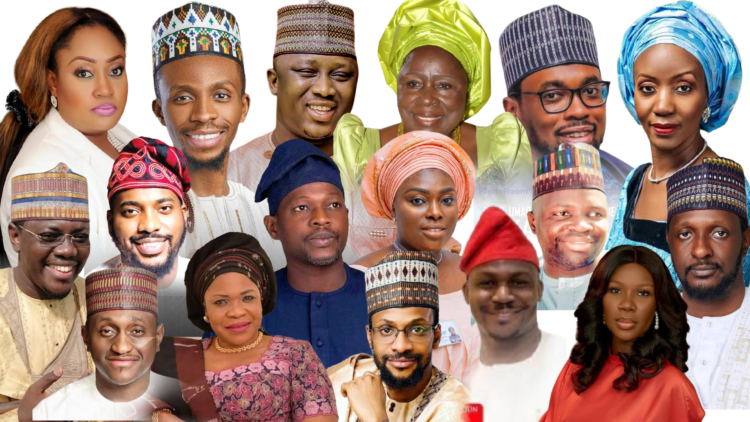 Across the country, sons, daughters and even spouses of notable political figures are being pushed forward for elective positions, a trend which analysts have referred to as subtle moves to entrench new political dynasties to replace the old order.

The former first lady of Benue State and wife of the Minister of Special Duties and Inter-Governmental Affairs, George Akume, Regina, secured the All Progressives Congress (APC) House of Representatives ticket to contest for Gboko/Tarka Federal Constituency in 2023.

Her husband was governor for eight years and senator for 12 years. He is now serving a fourth year as a minister.

He was nominated for ministerial position on 2019. He recently contested for the office of APC national chairman. He is also aspiring to be running mate of APC presidential candidate Asiwaju Bola Tinubu.

Erhiatake is the daughter of two terms fGovernor of Delta State, James Ibori. She picked the PDP ticket for Ethiope Federal Constituency of Delta State in the last primary election for the area, beating a serving member of the House of Representatives, Ben Igbakpa.

Her father, James Onanefe Ibori, was Governor of Delta State from 1999 to 2007. His political journey came to a halt in 2012 when he was sentenced to 13 years in prison for money laundering. 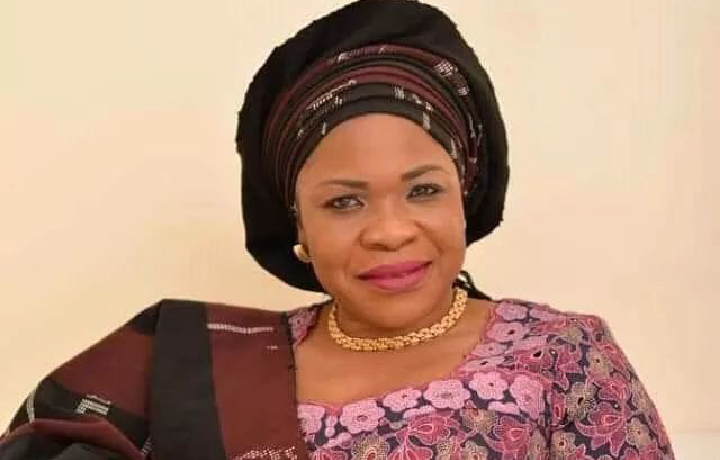 Blessing is the daughter of a former Senate President, David Mark. Her father is a retired general, former communications minister and former Niger state governor.

He was at the senate for 16 years, eight of which as senate president.

She is among the successful candidates who will be re-contesting in the forthcoming elections. She would be representing Otukpo/Ohimini Federal Constituency. She emerged unopposed as the party’s flag bearer during the last primaries. She contested and won a seat at the House of Representatives on the platform of the All Progressives Grand Alliance (APGA) in 2019 before defecting to APC in 2021.

In Jigawa State, the son of a former governor of the state, Sule Lamido, Mustapha, will fly PDP’s governorship flag in 2023. He beat Sale Shehu, a former junior Minister of Works by 829 to zero votes to emerge the party’s candidate.

The Lamido senior won the seat his son is contesting in 2007 and was re-elected in 2011. Before then he was Minister of Foreign Affairs from 1999 to 2003. He was a member, House of Representatives during the second republic.

Bello Nasir El-Rufai is the son of Kaduna state Governor of Kaduna Nasiru El-Rufai. He will be contesting for the APC House of Representatives seat for Kaduna North in 2023.

Governor El-Rufai is serving his second term as governor of the state. He was previously the Minister of the Federal Capital Territory (FCT) from 2003 to 2007 and Director of the Bureau of Public Enterprises (BPE). El-Rufai is aspiring to be Tinubu’s running mate in next year’s election.

Umar Ganduje, son of Kano State Governor, Abdullahi Ganduje, emerged the flag bearer of the APC for Dawakin Tofa/Tofa/Rimingado Federal Constituency and will be vying for the seat against other contenders in other political parties. He became the party’s candidate following the withdrawal of his opponent, Junaidu Yakubu, after a reconciliation meeting brokered by the Senator representing Kano North, Barau Jibrin.

His father was deputy governor to Rabiu Musa Kwankwaso for eight years. He was elected governor in 2015. He is aspiring to be Tinubu’s running mate in 2023.

He won the ticket of the party while in the custody of terrorists who kidnapped him alongside other passengers of the ill-fated Abuja-Kaduna train which was attacked some time ago.

His father, Professor Ango Abdullahi, is a former Vice Chancellor (VC) of the Ahmadu Bello University (ABU), Zaria. He was formerly a minister of agriculture. He is the convener of the Northern Elders Forum (NEF).

Siraj and Sani are sons of the immediate past Chief Justice of Nigeria (CJN), Ibrahim Tanko Muhammad.

While Siraj, the elder son, picked the ticket of the APC to contest for the Bauchi North Senatorial seat in the 2023 general elections, Sani emerged winner of the PDP primary election in Shira Giafe Federal Constituency of Bauch State. Their father became a Justice of the Supreme Court in 2005. He was also a Justice of the Court of Appeal.He resigned last week over corruption allegations.

Idris Abiola-Ajimobi, son of late former Governor Abiola Ajimobi of Oyo State, is the APC candidate for Ibadan South West II State Constituency. He emerged as the consensus candidate during the primary of the party.

Beni Lar, daughter of the late Chief Solomon Lar, picked the ticket of the PDP for Langtang North/South Federal Constituency. She is a four-term member of the House of Representatives.

Her father, Chief Solomon Daushep Lar, was Governor of Plateau State on the Nigerian People’s Party (NPP) platform during the Second Republic. He was in office until the military coup of December 31, 1983, that brought Major General Muhammadu Buhari to power. He was a member of the first national parliament after the country’s independence in 1960. He was also the founding Chairman of the PDP which won majority in the national elections in 1999.

Joju, son of a former Governor of Ekiti State, Ayo Fayose, is the PDP’s candidate for Ekiti Central Federal Constituency I. He will be contesting the House of Representatives seat with other opponents during the forthcoming elections.

The older Fayose, Ayodele, defeated an incumbent, Niyi Adebayo, to emerge Governor of Ekiti State in 2003, but was impeached in October, 2006. He re-contested in 2014 and won. He was one of the presidential aspirants in PDP’s last primary that produced Atiku Abubakar as the flag bearer.

His father, Buruji, served as a senator representing Ogun East in the 8th National Assembly and was Vice Chairman of the Senate Committee on State and Local Governments.

Late Governor Aliyu Akwe Doma’s son, Umar, will occupy the seat vacated by his father if he emerges Governor of Nasarawa State in 2023. He is the Zenith Labour Party (ZLP) governorship candidate in the forthcoming elections.

The late Doma became governor of the state in 2007 after several failed attempts. He, however, lost his second term bid to Umaru Tanko Al-Makura of the defunct Congress for Progressive Change (CPC).

Barrister Marilyn Okowa-Daramola, the daughter of Delta State Governor, Senator Ifeanyi Okowa, won the PDP’s House of Assembly ticket to contest the Ika North East seat. She was returned unopposed in the primary election of the party for the area.

Her father, Okowa, is in the last lap of his second term in office as governor. He is the vice presidential candidate of the party for the 2023 election, running alongside Atiku Abubakar.

Omosede is the daughter of the Esama of Benin Kingdom, Chief Gabriel Igbinedion. She won the House Representatives ticket for Ovia Federal Constituency in Edo State. She was a member of the 8th assembly in 2015 but lost a return bid in 2019. Her older brother was two terms governor of Edo state between 1999 to 2007.