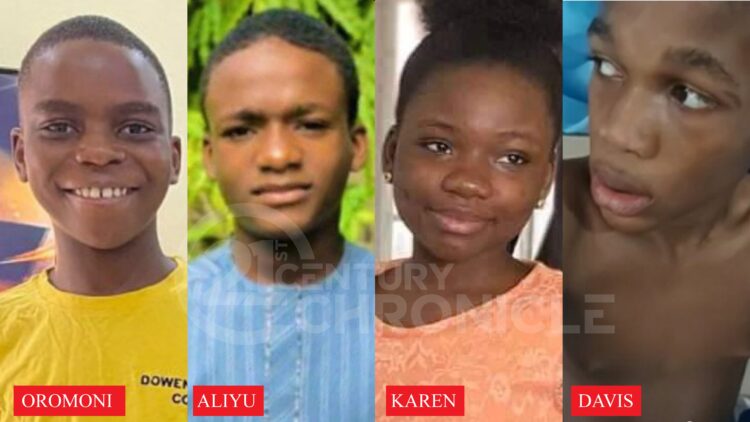 Stories of bullying and sexual molestation of students across secondary schools in Nigeria is now becoming the norm. Some of the victims suffer physical and mental trauma, while others lost their lives in the process. 21st CENTURY CHRONICLE unearthed some of the major incidents that shocked the country recently.

Sylvester Oromoni was reported to have died on November 30, 2021 after nursing multiple internal injuries he reportedly sustained after been beaten by fellow students who were bullying him at his boarding school in Dowen college Lagos. The young boy is said to have refused to succumb to pressures from some fellow students to join a cult group.

The school authorities reportedly denied this allegation, saying that Oromoni was injured while playing football with schoolmates.

Sylvester’s parents, however, revealed that Oromoni opened up to them just before he died, saying he did not play Football, but that five boys, had barged into his room, put off the lights, and beat him up in the presence of other students. The parents also claimed that their son was fed a liquid substance described as a chemical for refusing to join the “cult group.”

In June 2021, many Nigerians were left heartbroken at the stories leading to the death of 14-year-old Karen-Happuch Aondodoo Akpagher, a boarding student of Premiere Academy, Lugbe, Abuja who was sexually assaulted and later died of complications. A condom was said to have been left in her private part.

Karen’s mother, Vivien Akpagher said Premier Academy, the school which she entrusted her daughter to, shielded a suspected pedophile and later embarked on a media stunt to save their face.

She said the hospital where her daughter died on June 22, 2021 had confirmed the cause of her daughter’s death.

Six months later, there is still no news of any suspects being arrested. Albeit, protests have continued under the Justice for Karen hashtag.

In December 2020, a story broke of Don Davis, a young boy of 11 years and a Junior Secondary School student of Deeper Life High School, Uyo.

Davis’ story came to the public when his mother, Deborah Okezie, posted his photos and videos on social media,  describing how the young lad was physically and sexually molested by his seniors, and starved by the school authority for bedwetting.

The school authority was said to have taken the punishment a step further by moving him from his hostel to a more senior hostel where he was frequently assaulted by his seniors.

His mother in a video said while describing her son’s ordeal, “They will remove his boxers and push their legs and hands into his anus. Look at a child I sent to school; he came back with a broken anus.”. The boy was on the other hand threatened by his seniors never to say a word to anyone, else he would be killed.

The story of the young boy sparked nationwide outrage with the hashtag, #JusticeforDonDavis, where many pressure groups staged protests to demand authorities to ensure that justice was served and to also put a stop to such inhumane treatment of children in schools.

On Dember 3, 2021, it was revealed that the Deeper Life High School principal, Mrs. Ndidi Solomon, the Vice Principal and three others earlier penciled in this case were remanded in prison custody.

The school denied this, saying this accusation by the boy’s mother was a big lie because according to them, there were no other parents reporting such about their children. They even asked other parents to speak up. And a neighbor to the school was even quoted for saying she never heard any bad report about the school in her more than five years of living close to the school.

The investigations in this case, which started on a seemingly good premise, soon progressed on contradictory paths. While the police said they confirmed the assault through medical examinations and confessions, the Federal Ministry of Education and the school suggested the boy may have misreported events.

A 19-year-old Islamic teacher, Suleiman Abubakar, of Ngomari Costain, Maiduguri, was sentenced to 10 years imprisonment for defiling a minor.

A high court sitting in Maiduguri, jailed the teacher in pursuant to Section 283 of the Penal Code Laws of Borno State 1994.

Abubakar had lured the six-year-old pupil of the school where he teaches to the staff room and defiled her.

Government Secondary School Kwali, Abuja made the headlines in August 2021, when reports erupted of a teacher who beat and killed a 13-year-old JS 2  student.

The boy, identified as Aliyu had visited the school clinic, but couldn’t get medication because he had not eaten that day.

On returning to class, he was asked to submit his assignment, which he didn’t have. And in order to punish him, his teacher hit him severally on the head. The boy, after been released from the beating, lay his head on his desk and was rushed to hospital. He died shortly after.

This case was taken up by the FCT Police command as well as the Old Students Association of the school to ensure that justice was served. However, up till now, there is no update heard of this case.

In 2015, a boy went home from school and his mother discovered he was badly hurt and couldn’t walk. The mother probing her son, discovered very disturbing happenings at her son’s school, from his story. She blew the whistle.

First investigations revealed that some unidentified persons were said to have been having accessed to the boarding college and would force the victims to succumb to sodomy. It was a result of this that this boy was badly injured.

It was also revealed that there had been sodomy cases in the past, but that the school authorities ignored the reports.

The school was shut and later reopened, while the case was dismissed by the court for poor prosecution.

The Lagos Sexual Offences and Domestic Violence Court sitting in Ikeja jailed the teacher pursuant to Section 137 of the Criminal Law of Lagos State 2011 for defiling a two-year-old girl and an 11-month-old pupil of the school.

A Vice Principal, Malam Mohammed Mohammed, was arrested and arraigned for impregnating a Junior Secondary School student in 2017.

Recently, the leader of an Arabic school in the Ganmo area of Kwara State was suspended after a video emerged of some  students of his school were seen been flogged by their instructors for alleged conduct said to be contrary to the rules of the school.

The viral video had led to nationwide outrage as many Nigerians condemned the action while calling on the Kwara State Government to investigate it. The students were accused of attending a birthday party and drinking alcohol at the party.

The state government swung into an investigation quickly, condemning the harsh flogging seen in the video. In a statement, Kwara commissioner for education said a government delegation visited the Arabic school and took the decision to suspend the headteacher of the Madrasa. 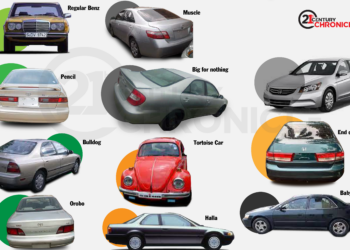