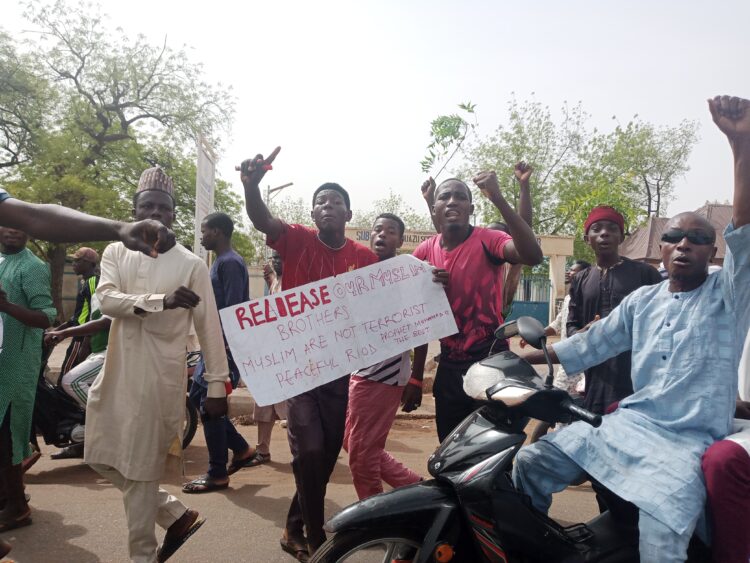 Some Muslims youth have taken over some major roads within the Sokoto metropolis on Saturday, demanding the release of the two suspects over arrested over the killing of Deborah Samuel, a student of Shehu Shagari College of Education, accused of blasphemy.

The youths were armed with placard reading among others “Muslims are not terrorists,” and “Release our Muslim brothers.”

Although, the protest was peaceful, security operatives were seen patrolling some of the streets.

One of the protesters who spoke to 21st CENTURY CHRONICLE, said the two suspects were unjustly arrested by the police.

The protesters were heading to the Sultan Palace before they were dispersed by the joint security operatives.

21st CENTURY CHRONICLE reports that Ms Deborah was killed by her fellow students on Thursday after posting a blasphemous comment on their WhatsApp group.

There was another account which said she made the statement while quarreling with a fellow students at their dormitory.

The police had earlier announced the arrest of two suspects, adding that they were trailing the other students appeared on a video clip.