by Iro Dan Musa, Kano
in Features, Lead of the Day
0 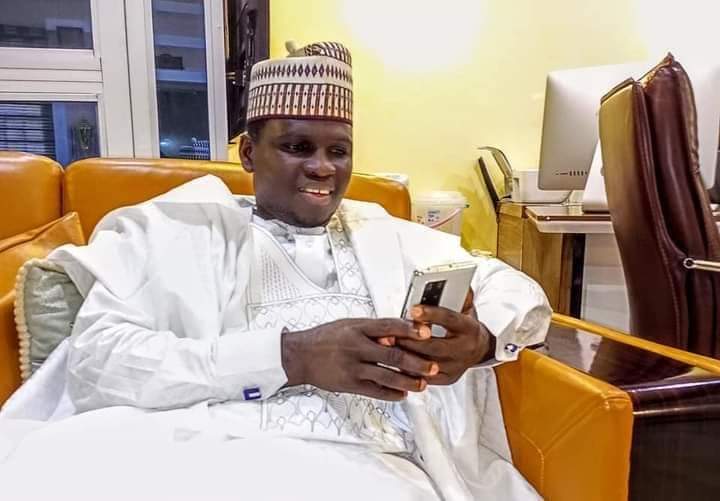 His rise to stardom began in 2007 when he produced the hit ‘Ruwa Baba’, a song he composed for his political master the then Kano state deputy governor Abdullahi T Gwarzo. He also did another song ‘Kainuwa’ for Malam Ibrahim Shekarau the then Kano state governor. These two songs became street anthems politically and as such the singer’s name began to dominate the political arena not only in Kano state but in northern part of the country.

However, after the expiration of Malam Shekarau’s two tenures and with the rift between Shekarau’s successor Dr Rabi’u Musa Kwankwaso and President Goodluck Ebele Jonathan in 2013 to 2015; Rarara shifted allegiance to Kwankwaso’s side and he did one of his strong song ‘Zuwan Mai Malafa Kano’ and many other songs for his newly found abode.

Rarara’s romance with Kwankwaso’s political camp didn’t last long as the singer shifted ground an mocked Kwankwaso in his song calling him ‘Tsula’.

The singer shifted sides when Kwankwaso’s feud with his successor Dr Abdullahi Umar Ganduje became pronounced. He pitched his tent with Ganduje and did a lot of songs for his newly found master, Ganduje. Songs like ‘Baban Abba Ganduje’ and ‘Ku tafawa na Goggo’ are some of the hit songs he did for Ganduje

However, it was revealed that recently Rarara has turned his back against Ganduje and named him “Hankaka” in one of his recent political songs.

Similarly, at national level Rarara has long made his mark in the political sector as ‘Buhari’s singer with his blockbuster song ‘Masu Gudu su gudu.’ But like in 2021, the singer did a song titled ‘Kasata’ in which he began to fault Buhari’s administration.

The song raised a serious concern among his fans despite the accusation labeled against the singer that he had duped his fans when he asked for Buhari’s supporters to contribute N1000 and finance his next song for President Buhari a song he is yet to produce only for the singer to come up with ‘Kasata.’

In 2022, Rarara made it clear that his allegiance in 2023 general election is with Bola Ahmed Tinubu. His claims wasn’t a surprise to his fans as he has been a close ally of APC political party, but what surprised many fans of the singer was when he declared his allegiance to ADP’s gubernatorial candidate in Kano state, Malam Sha’aban Sharada, a political foe of Governor Ganduje.

This new development has generated a lot of tension in the state politics to the extent that there were calls for the removal of Rarara from the list of APC’s campaign committee. It was reliably gathered that a powerful delegation from Kano state APC had officially written a letter to Bola Tinubu requesting for the delisting of Rarara from the committee.

However, the response they got from the Presidential candidate wasn’t in their favour. It was reported that Tinubu said Rarara isn’t representing Kano state in the committee but the entire north.

The question here is, how long will the new romance between Rarara and Sharada last? Only time will tell.

On the other hand, Rarara is regarded as a catalyst behind the unity in the entertainment industry not only in Kano but across the nation in general. He was reported to be very supportive to the industry. He has gifted cars to dozen members of the entertainment industry. He was also instrumental to the formation of 13-13, a coalition of actors and actresses in which he serves as the President. Actors like Tijjani Asase and Daddy Hikima are some of the beneficiaries of Rarara’s magnanimity in the coalition.