This is even as it accused the Nigerian National Petroleum Corporation (NNPC) Ltd of corrupt practices in the subsidy scheme.

In a memo to the House of Representatives’ Ad Hoc Committee on the Volume of Fuel Consumed Daily in Nigeria, which is investigating the actual amount of PMS the country consumes daily, signed by its president, Ayuba Wabba, the NLC noted that a school of thought believes that one of the principal reasons for the frequent increase in the pump price of petroleum products is the presumption that Nigeria imports XYZ volume of refined PMS for its internal consumption and the subsidy on this volume is so humongous that it is killing the economy.

Accordingly, that group of people believe that subsidy on the imported volume should be totally removed in order to free up resources for the development of the critical sectors of the economy.

The NLC also noted that another school of thought holds the view that the volume of imported PMS is in excess of the national need and the excess is illegally sold across the border; and because the PMS is retailed at a great subsidy, the illegal cross-border sale constitutes a huge cost to Nigeria.

“However, a third school of thought, to which we at the Nigeria Labour Congress subscribe, is that the volume of PMS claimed to be imported into the country is much higher than what is actually imported and by extension much bigger than the national consumption capacity. This is done through over-invoicing or other processes of criminality at a huge cost to Nigeria and its people. This criminal enterprise is perpetrated by a tiny privileged clique accustomed to circumventing the rules.

“The implications of this criminal enterprise are not limited to making the country pay for the non-existent difference, it extends to the percentage that is sold across the border. There are secondary or collateral damage to the economy in several unimaginable ways including huge illicit financial flows out of the country, which the Thabo Mbeki Report highlights. In our view, it is the activities of this criminal gang, clearly above the law, that are responsible for the costs associated with PMS, the costs passed off as subsidy,” a part of the memo read.

The labour union said due to the ripple effect the combination of high cost of energy and petroleum pricing has on the economy, and considering that there is an existing very high population of people living in poverty in the country among which are workers and their families, it has been consistent in its struggle to ensure government reverses its policy of incessant increase in the price of petroleum products and electricity tariff.

Contributors can now use pension savings for mortgage – PENCOM 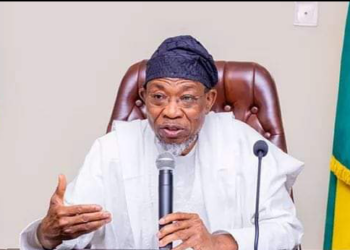 QUOTE: Oshiomhole on his removal