by Keziah Badamasi
in Lead of the Day, Politics
0 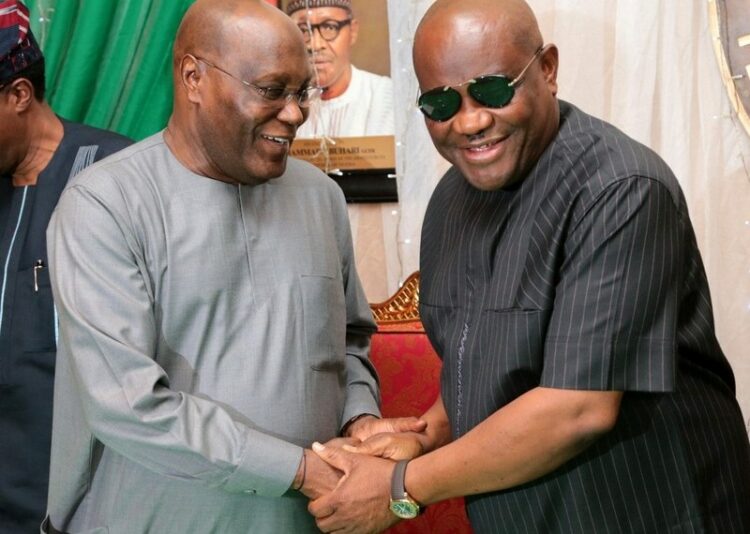 The meeting took place behind closed doors at the residence of a former Minister of Information and National Orientation, Professor Jerry Gana.

Details of the meeting were still sketchy as of the time of this report.

However, sources said the meeting is  believed to be parts of effort to pacify Governor Wike.

The source said, “Atiku and Wike met this (Thursday afternoon) at the residence of Jerry Gana. It was a good meeting, from what I gathered.

“They exchange pleasantries and they have resolved to move the reconciliation to the next stage.”

The source said, “they have started the process; this started with a one-on-one interface.

“This will lead to a certain level and they can now resolve all the issues.”

The meeting, it was gathered, also centered on the choice of Director-General of the Atiku Campaign Organisation.

Mr Wike came second in the May presidential primaries that produced Mr Atiku as opposition party’s flag bearer in Abuja.

The duo parted ways when Mr Atiku picked Delta State Governor Ifeanyi Okowa as running mate, instead of Mr Wike who was reportedly recommended by some members of the PDP’s National Working Committee (NWC).