As far back as the early 80s, the boom in the illegal trade in hard drugs, occasioned by the increase in use of narcotics globally, had begun to manifest its ugly features in Nigeria.

Youths, caught in the frenzy of trending social movements coupled with the increase in night life in emerging cities were sold to the idea that certain substances mainly cannabis- Indian hemp- were vogue and classy, while many were lured to traffic hard drugs across continents for money.

The rate at which youths took to using these substances and were getting into the highly risky but lucrative business of drug trafficking became so alarming that it began to affect the image of the country negatively, causing Nigeria and Nigerians lots of embarrassments abroad.

It got so embarrassing that all holders of the green passport were seen as drug traffickers and were treated as suspects until they were able prove their innocence.

This, coupled with the destruction of the youthful population through the use of narcotic substances which led to increase in mental illnesses and upsurge in crime within the country became worrisome that the General Muhammadu Buhari Military Government felt the need to take drastic actions to address the problem.

This led to the enactment of Decree 20 of 1984 which prescribed death penalty for drug dealers!

Subsequently, as part of efforts to deal with the problem, the National Drug Law Enforcement Agency, NDLEA, was also established by the General Ibrahim Babangida Military Regime in 1989, as a special agency to eliminate illicit drug trafficking and consumption in Nigeria;
a role which before then, was being handled by the Police and Customs.

The NDLEA which was patterned after the Drug Enforcement Agency, DEA, of the US, took its mandate seriously and had been able to crack some cases.

But over the years, the spark with which drug dealers and addicts were being apprehended began to dim and the problems of substance abuse and drug addiction not only refused to abate but took a turn for the worse.

Just last month, the NDLEA intercepted 40 parcels of cocaine weighing 43.11kg, with an estimated street value of over N32 billion at the Tincan Port, Lagos.

Chairman of the NDLEA, Brigadier-General Mohammed Buba Marwa(rtd), barely three months in office, said last week that the agency intercepted and destroyed illicit drugs worth over N60 billion since he took over as the chief executive of the NDLEA.

These seizures experts say, indicate that Nigeria has reasons to worry about the drug scourge and this is where the Honourable Member representing Ado/Ogbadibo/Okpokwu Federal Constituency, Dr. Francis Ottah Agbo, is concerned.

Even before winning elections to the House of Representatives, Dr. Ottah Agbo has been pained by the rate at which youths were unable to toe the path towards self development and engage in meaningful ventures to help their families as well as contribute to the economic development of the country due to addiction to hard drugs and abuse of narcotic substances.

His experience as a journalist who rose through the rank and as an aide to the former Director General of NAFDAC, late Prof. Dora Akunyili had put him in good stead to appreciate the magnitude of fake drugs problem in Nigeria and the intensity of the work required to fight established crime syndicates whose businesses were threatened by law!

Dr. Ottah Agbo who has been to all parts of Nigeria in the course of his work as a journalist, had also observed that drug addiction is directly behind the social dislocations currently being experienced in the country which manifests in various forms like terrorism, banditry, rape, suicide and violence and had come to the conclusion that if the problem is not addressed speedily, the cost would be too much for the country to bear.

It was therefore a dejavu, when the Speaker of the House of Representatives, Rt. Hon. Femi Gbajabiamila, after the inauguration of the House, beckoned on Dr. Ottah Agbo to head the Narcotic Drugs Committee of the House.

With zeal and passion to serve his fatherland, coupled with what he learnt about handling public trust from Prof. Akunyili and the former governor of Bayelsa State, Senator Henry Seriake Dickson, Dr. Ottah Agbo rolled up his sleeves and went to work immediately!

But the problem he saw on ground nearly diminished his enthusiasm to take up the fight.

The NDLEA which is statutorily empowered to prosecute the fight against the drug menace was bogged down by so many problems.

He found out that the agency is grossly underf-funded, lacks adequate personnel, weapons and equipment to prosecute the fight.

The Lawmaker, popularly known as the Ozigizaga and the Moving Train of Enone, could not hide his shock.

He said a situation where the NDLEA has an average of one vehicle to six local governments while brandishing weapons used during the Nigeran Civil War does not augur well for the country.

He explained that part of the reasons why narcotic drug addiction progresses at a geometric progression and why the war against it progresses at arithmetic progression is that, while the traffickers flaunt sophisticated weapons, NDLEA operatives chase them with archaic weapons and insists that a situation where in terms of personnel, the NDLEA has an average of one staff to a local government with only eight sniffer dogs in the entire county is not acceptable.

He added: “The drug problem threatens all segments of the country especially the youths. If we say the youths are the leaders of tomorrow then we must secure their future now by defeating illicit drug or else there may be no country that we can proudly call our own tomorrow, except all hands are on deck to fight this scourge.”

He said the problem of drug addiction poses existential threat to Nigeria more than corruption.

With that conviction, the House of Representatives Committee on Narcotic Drugs which he chairs, got to work and was able to come up with ideas and strategies to help the agency.

Part of the suggestion was to make the FG begin to see narcotic drug addiction and substance abuse as a national emergency. This is to help the government see that the fight against narcotic drug addiction is so huge that it cannot be left for one agency alone to handle but must be supported by all to achieve the desired result.

Another strategy the Committee led by Dr. Ottah Agbo, who is also the spokesman of the minority caucus of the House of Representatives came up with, is to seek ways to increase funding for the NDLEA so the agency could carry out its functions effectively.

To achieve this, Dr. Ottah Agbo known as the Feedback Lawmaker, proposed a restructuring of the laws establishing the Police Trust Fund Act to include the NDLEA as a beneficiary.

This he explains thus: “We all recall that the NDLEA was established to investigate, arrest and prosecute drug offenders, so it’s a policing institution. And we feel that one of the ways to make it have more resources for it to bark and bite is to include it as a beneficiary of the Police Trust Fund.”

Not done with that, Dr. Ottah Agbo began advocating that the NDLEA should be listed among the security agencies in the country.

He said, “If you look at the responsibilities of the NDLEA, you will agree with me that it is also a security agency.”

Dr. Ottah Agbo has also assured the agency of full cooperation towards ensuring the fight against substance abuse and narcotic drug addiction in Nigeria is won guaranteeing that all its budget proposals would be dealt with expeditiously and passed on time.

He says, “It is because we are aware of the enormity of the challenges faced by the NDLEA that we wasted no time in approving money for the agency in the 2020 and 2021 budgets so that the bulk of the problems of the agency would be addressed. Today, NDLEA has a Transit House in Abuja and a national headquarters for the NDLEA is in the offing!”

Fortunately, the Federal Government is taking further steps that will help in winning the fight.

President Muhammadu Buhari has for instance approved the recruitment of more personnel for the NDLEA and the first phase of the exercise is about to be concluded.

Dr. Ottah Agbo says with the approval, one of the basic problems of the agency, which is lack of adequate personnel would be solved.

These efforts combined with what the Chairman of the House Committee on Narcotic Drugs is doing, have presented a glimmer of hope that the drug war in Nigeria is winnable and that the youths can be protected from substance abuse and drug addiction.

Parties, elections and democracy in Nigeria, by Prof Attahiru Jega

How Buhari scored another ‘away goal’ in Niamey, by Ismaila Chafe 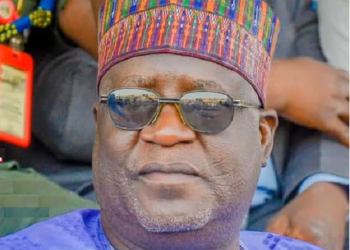