by Agency Report
in National news
0 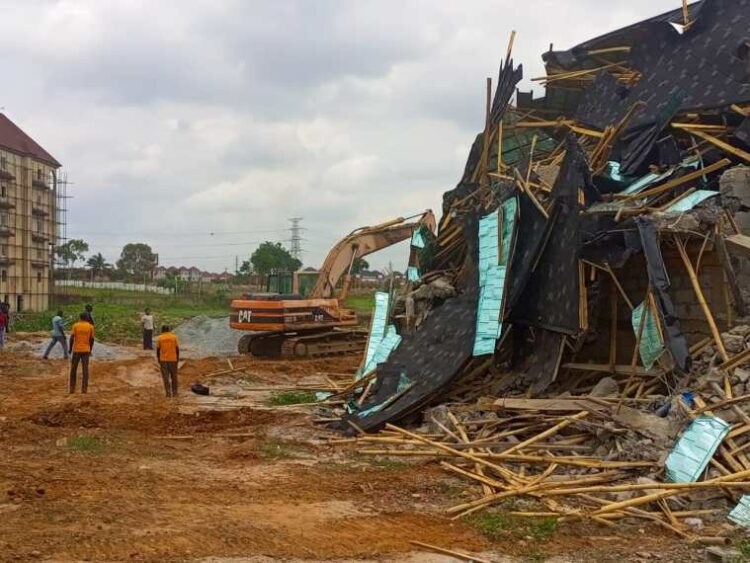 The Federal Capital Territory Administration (FCTA), on Friday vowed not to spare any estate or structures illegally developed on waterways following the release of the 2022 Annual Flood Outlook by NiMet.

The Coordinator, Abuja Metropolitan Management Council ( AMMC), Alhaji Shuaib Umar made the vow during a stakeholders meeting with both Management and Residents Associations of Trademore Estate.

“By next week all these houses are going down.The solution to this is the removal of these houses. We won’t like ourselves at the detriment of others, he said.

Earlier, the Director, FCTA Department of Development Control, Malam Muktar Galadima who led a demolition squad to one of the offending estates in Lugbe District said it was appalling that developers were jeopardising peoples lives.

Galadima noted that the Valley Hub Estate in Lugbe that was already under the fire of angry bulldozers, violated development rules by illegally expanding and building on green area.

He said that over 20 houses built along waterways at Trademore Estate and others would be demolished as scheduled after the ultimatum given to them.

According to him, now is the moment those houses marked for removal must go.

“Anything that will come after can be resolved. The first thing now is to save lives and property.

“This demolition will not only be limited to Trade More Estate, even in the down stream, we are going to remove all the houses that are on the flood plain.”

She attributed the perennial flooding at Trade More Estate on human induced activities, noting that the developer had allocated plots of land on waterways with development presently ongoing.

She said that the 2022 annual flood outlook placed AMAC and Gwagwalada on high probable flood risk, stressing that Trade More Estate was on a low plain and advised residents to relocate to safer grounds.

On efforts by FEMA to mitigate flooding in 2022, Wenegieme said the agency would continue to report cases of infractions to the Department of Engineering Services, Facility Maintenance and Management as well as the Abuja Environmental Protection Board to do the needful.

She said that FEMA had stationed its rescue teams and local divers in flood-prone areas of the territory, barricaded vulnerable roads and mounted early warning signs.

The acting director said that FEMA would continue to carry out sensitisation across all the area councils using town criers, broadcast and social media.

The representative of the Trademore Estate, Mr Ifeanyi Uzoigwe emphasised the need for the FCTA to evaluate a dam located at Alieta, a community before Lugbe, which had collapsed and was contributing to the flooding.

Uzuigwe sdded that some of the water channels within the area were in urgent need of expansion. 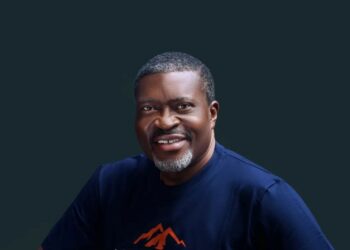