40% of Russian forces on Ukraine border in attack position – US 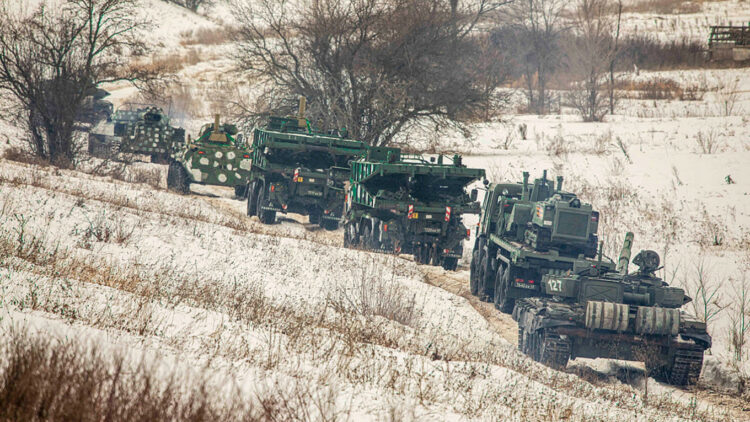 More than 40 per cent of the Russian forces on the Ukraine border are now in position for attack and Moscow has begun a campaign of destabilisation, a US defence official said Friday.

The United States, which estimates that Russia has placed more than 150,000 troops near Ukraine’s borders, has observed significant movements since Wednesday, the official said, insisting on anonymity.

Kremlin: Russia’s offensive to end as soon as Ukraine forces lay down weapons

“Forty to fifty per cent are in an attack position. They have uncoiled in tactical assembly in the last 48 hours,” the official told reporters.

Tactical assembly points are areas next to the border where military units are set up in advance of an attack.

The official said Moscow had massed 125 battalion tactical groups close to the Ukraine border, compared to 60 in normal times and up from 80 at the beginning of February.

The increase in clashes between pro-Russian separatists and Ukraine government forces in the southeastern Donbas region of Ukraine, and inflammatory claims by officials in Russia and Donbas, show that “the destabilization campaign has begun,” the official said.

US Secretary of Defense Lloyd Austin told ABC News’ “This Week” that Russian President Vladimir Putin “has a number of options available to him and he could attack in short order.”

“I don’t believe it’s a bluff,” Austin said, adding, “I think he’s assembled… the kinds of things that you would need to conduct a successful invasion.”

Moscow denies it has plans to attack its western neighbour but is demanding a guarantee that Ukraine will never join NATO and that the Western alliance remove forces from Eastern Europe, demands the West has refused.

In 2014, Russia invaded and occupied the Crimea region of Ukraine, making use of sympathetic separatists.

Kremlin: Russia’s offensive to end as soon as Ukraine forces lay down weapons

NCC announces August 24 as roll out date for 5G