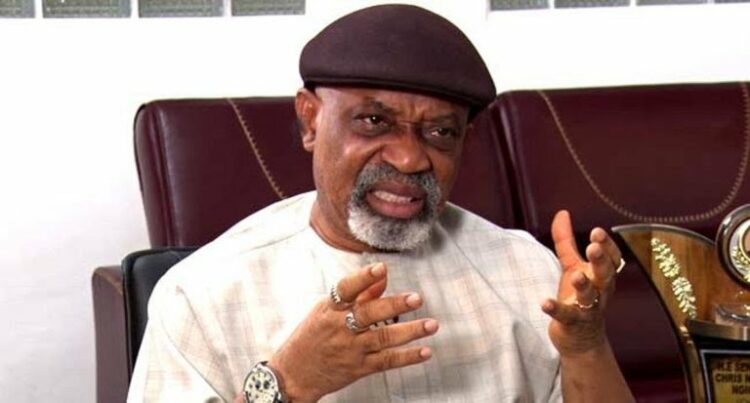 Minister of Labour and Employment, Senator Chris Ngige, has said there was an agreement during the All Progressives Congress (APC)’s formative stage to rotate the presidency between the North and South.

He said although the agreement was not documented in written in the party’s constitution, “we agreed as politicians among ourselves and party to rotate the prime offices”

He said, “I was the secretary at our first convention and I took all the minutes. We had an agreement that our flag-bearer would come from the North and after North, it would go down to the South. So, those who are talking today were not there when this agreement was made. But was it written down and signed by politicians from both sides? No. But we had minutes of the meeting. They are there. It was agreed that there would be a movement between North and South.

“As we were doing the convention and filling in offices, we narrowed down our candidates to about two or three. But, among the candidates, General Buhari was topping. All of us from the ACN caucus had agreed that he was our candidate. CPC had agreed that he would be their candidate. ANPP was split into two. So, when we went to the presidential convention, he emerged with a wide margin. That is the truth of the matter.

“So, we expect that our national chairman this time around will come from the North and our Presidential candidate will come from the South and it is left for the Southerners to decide the zone it will go among Southeast, South South and South West but for equity and moral ground, the South East should being the only yet to produce the President since 1999.”