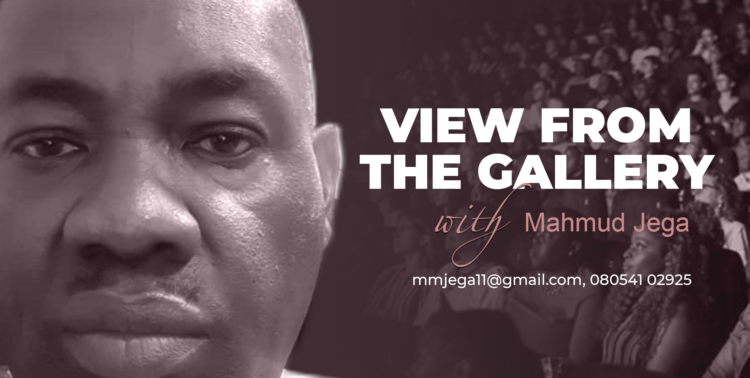 Faced with two manifest jams on the national scene these days, I could not help but remember Lagos medical practitioner Dr. Bode Oladimeji. Back in 1994 when General Sani Abacha refused to revalidate the June 12 election and instead called for elections into a National Constitutional Conference, NADECO called for a boycott in the South West states. Oladimeji defied the boycott and contested. When a reporter asked him why, he said, “I see this June 12 like traffic jam. Even if you have right of way but someone comes and blocks your path, you either let him pass so you can also pass, or you insist on your right of way and all of you will stand there.”

The National Assembly appeared to remember Oladimeji last week when it bowed to the President’s veto of the Electoral Act Amendment Bill, rather than try to override it with an unattainable two-thirds majority, as some people urged it to do. Since the president said he won’t sign the bill into law because of the provision that makes it mandatory for all political parties to hold direct primaries, both chambers of the National Assembly amended the clause and allowed the three options of direct, indirect and consensus to prevail. In other words, since the president blocked the bill traffic jam style, they allowed him to pass so that the Electoral Act will also pass.

Fears were that the delay in passing the Electoral Act amendment bill would affect preparations for next year’s polls. INEC has not released the election timetable, saying it cannot do so unless it sees the enabling law. Nothing spoil. Those who think that direct primaries are the panacea for all the ills of Nigerian politics still have a chance to “write their names in gold” by going to the political parties, one by one, and convincing them to adopt direct primaries.

I saw no such Oladimejian wisdom at last month’s Abuja convention of the Action Alliance, which dissolved in chaos, with delegates shouting at one another at the top of their voices both inside and outside the convention hall. Some members were trying to force out the party chairman, but he in turn said the event was not a properly convened convention, that he only attended it because he received an invitation to attend a birthday party! Neither side allowed the other to pass, so they all stood there.

Other areas in our national life today could do with Oladimeji’s wisdom. The two major political parties, for example, are deadlocked over zoning of their presidential tickets. In the case of APC, it is deadlocked over the zoning of national party offices as well. What a difference 43 years make! When some newspapers first reported in late 1978 that NPN had adopted a “zoning” formula, it was so scandalous that its spokesmen and party leaders denied it. Today, zoning is a fundamental principle of Nigerian politics at all levels.

There were rumours last week that APC had zoned its national chairmanship to North Central. It seemed to be the case because most of the big candidates vying for the post are from that zone. But there are others, such as Ali Modu Sheriff and Abdul-Aziz Yari. Neither of these men is known to take “no” for an answer. Sheriff completely stalemated PDP 5 years ago when it tried to replace him as party chairman with Senator Ahmed Makarfi. It took a very protracted court case, all the way to the Supreme Court, before Sheriff was removed and he promptly defected to APC.

Yari did more than that. Then APC chairman Adams Oshiomhole and Yari pushed and pulled and refused to heed the Oladimeji option until APC won every available seat at the 2019 polls in Zamfara State, then lost every one of them through the courts before it did not hold primaries supervised by INEC. Would either man accept it if he is zoned out of this race?

What could APC do now to avoid trouble? Let me give it a free advice. It could say the field is left open for candidates from any zone. Party leaders could then quietly decide on which zone it is in the party’s best strategic interest to produce the chairman, then go ahead and ensure that a candidate from that zone emerges.

It will not be the first time this is happening. In 1999 PDP zoned its presidential ticket to the South. But when Alhaji Abubakar Rimi insisted on contesting, he was allowed to, for fear that he may go to court and torpedo the whole thing. Party leaders then coalesced around Obasanjo and ensured he got the ticket. In 2003, Rimi and Dr. Alex Ekwueme contested even though the discrete consensus among PDP leaders was for an Obasanjo second term. In 2007 too, Alhaji Umaru Yar’adua won PDP’s ticket against opponents from various zones, including Chief Rochas Okorocha, who came second.

Right now, the two major parties are eyeing each other as they seek to zone their tickets. The conspicuous absence of Northern presidential aspirants in APC suggests that there is a moral consensus to produce a southern candidate. However, it may not be strategic to announce it at this stage because most APC supporters are in the North. There has been a lot of bad blood between North and South of late, occasioned by many events such as ban on open grazing, IPOB and Sunday Igboho activities, attempt by Lagos and Rivers states to seize VAT collection, and Southern Governors Forum’s strident campaign for a Southern president. Unless APC supporters in the North are carefully and methodically made to adjust to the reality of a Southern candidate, they could desert the party en masse in next year’s election. Leading a horse to the river is one thing; making it to drink is another thing.

On the other hand, PDP presidential aspirants are emerging from both North and South. Most of the major ones are from the North but in recent times, Anyim Pius Anyim and Sam Ohuabunwa have emerged from the South East, with Peter Obi likely to jump in as well, while Nyesom Wike’s shadow looms large. Even though PDP has more support in the South than in the North, its most prominent candidates for now are Northerners, including Atiku Abubakar, Bukola Saraki and Aminu Tambuwal. It must figure out what to do, if as one party chieftain said, PDP’s top priority is not sentimental Southern candidacy but to return to federal power next year.

Certain socio-economic quagmire situations in our national life could do with Oladimeji’s wisdom as well. Such as, whether or not to end the costly fuel subsidy regime this year. Finance Minister Zainab Ahmed and NNPC Group Managing Director Mele Kolo Kyari both said subsidy will soon end. They relied on the provisions of the Petroleum Industry Act [PIA] signed into law late last year. No senior Federal Government official disputed their assertion, until last week when signs emerged that President Buhari was having a rethink. Senate President Ahmed Lawan said after meeting him that Buhari did not instruct anyone to end fuel subsidy. Maybe he didn’t, but he signed PIA into law.

Big Labour’s intimidation seems to be working. Unlike in 2016 when NLC’s general strike against fuel price increase flopped, this time around it could garner substantial public support. For one, the Administration is much less popular; the envisaged jump in fuel prices is much bigger; citizens are still reeling from two economic recessions in five years and a pandemic. To boot, a general election is looming. PDP strategists must be praying for Buhari to totally deregulate fuel prices this year, which could bring it back to power.

On the other hand, if you don’t deregulate, NNPC’s contribution to the Federation Account has reduced to a trickle due to under-recovery from fuel imports and could hit negative soon. Federal Government may soon have to balance NNPC instead of receiving something from it! To boot, state governments may soon be unable to pay workers’ salaries. Which is worse? Not to be paid your salary, or to get your salary only to find out that inflation has severely eroded it? 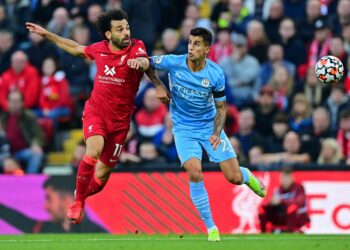