The World Bank has revealed plans to disburse an additional $750 million to strengthen the implementation of the States Fiscal Transparency, Accountability and Sustainability (SFTAS) scheme.

The SFTAS programme for results was approved by the World Bank Board in June 2018, following which it released $750 million loans that comprised $700 million performance-based grants from federal to state governments that achieved the annual eligibility criteria and the (DLIs) and $50 million for technical assistance to states to help them achieve the DLIs and ensure no state was left behind.

The scheme was approved for Nigeria in December 2020 to support the implementation of the National Executive Council’s (NEC) COVID-19 Plan.

Programme Manager of the SFTAS/Open Government Partnership (OGP) Nigeria, Mr. Andrew Onyeanakwe, made the disclosure at a national workshop on Citizens Accountability Report (CAR) template under the SFTAS, held in Lagos State for Southern states.

The CAR is a series of audit statements prepared by a government agency on behalf of the government to the citizens to ensure accountability of public funds.

He said: “Additional financing of $750 million to expand the programme to support state (governments) to implement the NEC COVID-19 Plan in response to COVID-19 was approved by the World Bank Board in December 2020.”

Onyeanakwe re-emphasised that it is a grant and not a loan to the states, so the burden of repayment is on the federal government.

“The grants are performance-based so are not shared across the board according to a formula like the monthly FAAC transfers to states where every state government takes something home regardless of fiscal performance.

“Disbursement of performance-based grants under the SFTAS programme will require a state government to first achieve the annual eligibility criteria, which are the online publication of the approved annual budget and audited financial statement within the specified time limit. “Then eligible states receive grants in proportion to the number of Disbursement Linked Indicators (DLIs) they achieve each year. So you can see that there are parameters that are strictly followed as states have to achieve tangible and meaningful results to access the grants.”

Some of the elements of the DLIs include improved financial reporting and budget reliability, increased openness and citizens’ engagement in the budget process, improved cash management and reduced revenue leakages through the implementation of State Treasury Single Account (TSA) and the strengthening of Internally Generated Revenue (IGR) collection.

Others are the reduction of payroll fraud through the use of biometric registration and Bank Verification Number (BVN), improved procurement practices for increased transparency and value for money, strengthened public debt management and fiscal responsibility framework, improved clearance/reduction of the stock of domestic expenditure arrears and debt sustainability.

Minister of State, Petroleum Resources, Mr. Timipre Sylva, has said that the country’s crude oil production quota pegged at 1.554 million barrels per day in June by the Organisation of Petroleum Exporting Countries (OPEC) did not hurt the country’s production.

Sylva who was speaking at an event in Abuja to mark the Nigeria’s 50th anniversary as a member of OPEC, said that rationing production was the right thing to do at the moment and that the price of crude oil would still fall below not if not for OPEC’s intervention.

He explained that the allocation to Nigeria for June was exclusive of condensates and that as of today, Nigeria has fully complied without exceeding the total allocated to the country since the OPEC member countries agreed to cut production.

The minister also dismissed insinuations that there were cracks in OPEC, in spite the stalemate in discussions which had now been postponed indefinitely, saying that it is the way things work in OPEC wherein every member has to agree on every issue before it can be resolved.

Sylva stated that the relationship between Nigeria and the oil producers’ group over the last 50 years has been one of mutual benefits to both parties.

He said OPEC had supported the growth of the oil industry in Nigeria through the harmonisation and adoption of policies among its member countries, as well as through the sharing of knowledge and technical expertise while Nigeria has also contributed enormously to the survival of the OPEC through turbulent times, by supporting the efforts of the organisation to balance and stabilise the oil market. 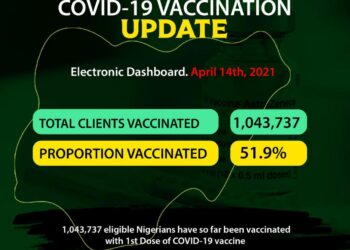