by Tiseer Agenawua
in Around Nigeria, Lead of the Day, Video
0
Share on FacebookShare on TwitterShare on TelegramShare on WhatsApp

Officials of Hunters and Forests Security Guards in Benue state have forcefully shaved a lady’s head in Makurdi for allegedly colouring her hair.

In one of the viral videos, a lady was seen sitting down while two operatives of the group were shaving her head with scissors. Her offence was simply her colored hair.

The group, which was hitherto created to fight Fulani herders, later transformed to forest guards after the enactment of a law banning open-grazing in the state by Governor Samuel Ortom administration.

The group, which has now again transformed into a morality police (like the Hisbah- a religious police in northwestern states), is being led by Mr Ajonye Peter as state commandant, 21st CENTURY CHRONICLE has learned.

Following the outrage, Governor Ortom has ordered the immediate arrest of the leaders of the illegal group.

The statement said the Ortom had distanced himself and administration from the activities of the illegal organisation who forcefully shaved a young lady’s hair on the street of Makurdi saying “they are not an agency of the state government.”

He said the state government has no relationship with the hunters security outfit and will not in any way condone their operations in the state.

Governor Ortom stressed that his government does not condone injustice of any form and inhuman treatment of persons based on gender, social, political, religious or ethnic segregation.

“I have repeatedly maintained that I will never allow criminals to take over the state. Benue citizens are law-abiding and we cannot allow illegal bodies to operate and harass people here,” the statement said.

Ortom charged the police to properly investigate those involved in the act and ensure that justice is done in order to serve as a deterrent to other persons or groups that may want to take laws into their hands to visit mayhem on innocent citizens. 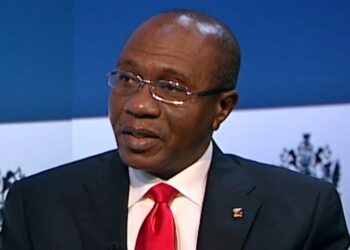