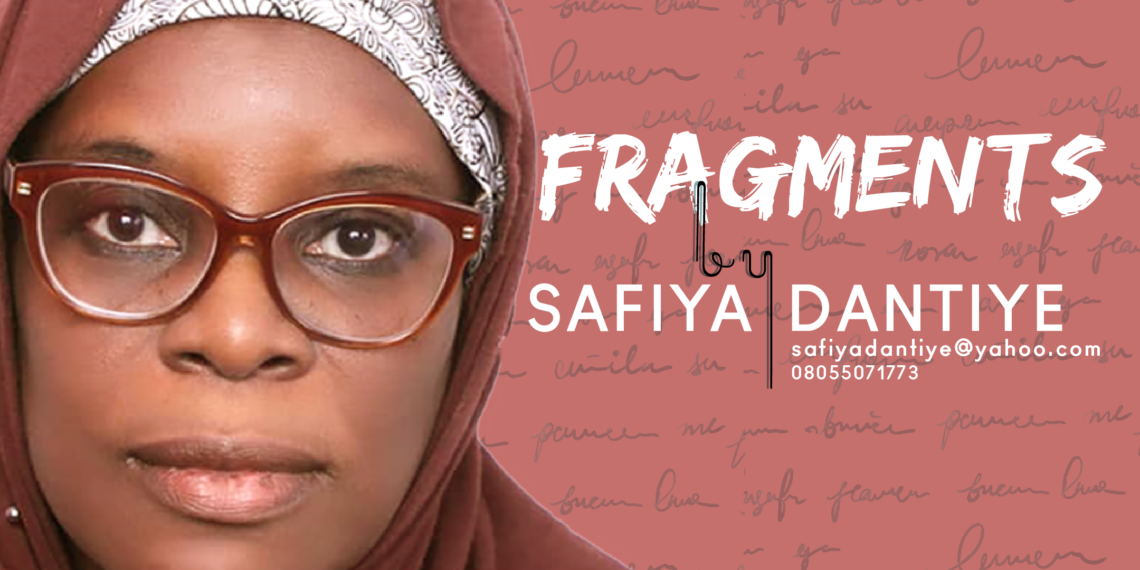 When I first heard the story about a Chinese man killing his Nigerian girlfriend, I thought it happened abroad and probably in China. The tragedy, however, happened in Kano, Nigeria.

Ummita, a 22-year- old divorcee, was his girlfriend before she married another man. She got divorced and Mr. Geng kept pursuing her, but she refused to marry him since her uncles refused to give their consent as her father is dead.

But as she did so, he pushed her away and rushed into the house, entered Ummita’s room and stabbed her to death.

The mother ran out to get help. He attempted to run away but he was arrested and kept in police custody.

In western countries, some people don’t take rejection lightly. They usually stalk their former girlfriends or ex-wives. They have to get a court order to stop the intimidation, still some may not be stopped and it may end up in fatality.

Ummita’s mother said she wanted to report to the police, but her son prevented her, saying it would be an embarrassment to the family.

This argument is strange. After all, it is better than being harassed and threatened. The mother said her son used to chase away Mr Geng.

So, the best and only option would be the police, and maybe some elders; her mother and uncles to tell him that she would not marry him.

But from all indications Mr Geng is not a stranger to Ummita’s house, where he even knew her room. This is not normal in our setting where a boyfriend is a ‘stranger’ and the house of his girlfriend’s parents is not a place to be too familiar, as custom demands because they are to become in-laws.

This may be because he is not Hausa. He may not know and may not be told. Though even some Hausa people themselves indulge and tolerate such things from other people, believing that it is not the culture of those people, which means they accept the other people’s culture at the detriment of their own.

So, where a Hausa boyfriend of your daughter would never sit beside you because of respect, you would tolerate and even admire it from another non- Hausa.

However, there may be exceptions where the boyfriend is a cousin and is like a family member, but even at that as soon as it becomes clear he is going to marry the girl, a certain barrier is set and he has to draw back and the girl’s mother has to draw back as well even if he is her sister’s son.

Therefore, Mr Geng to know which one is Ummita’s room is taking it too far.

In any case, stories flying in the social media said he sponsored her education to Uganda and that he even bought the house her family lives in. And that she promised to marry him, while he kept spending money on her.

Mr Geng reportedly confessed to the crime after he was arrested. He said Ummita refused to marry him after he had spent a lot on her.

Spending money on women that would not marry the man is certainly no reason to kill them. At worst, those that are bitter at such an outcome demand a refund of what they have spent on their girlfriends. And women often think of such men as mean and stingy.

Apparently, Mr Geng was so obsessed that he took the drastic decision to kill her if he could not have her as his wife.

The responsibility is not only on mothers, fathers and other male guardians should not look the other way until it is too late.

Some parents know that their daughter would not marry a man but they keep collecting his money, in some cases it may be more than one man. They are happy that their daughter has ‘suitors’, but why couldn’t she choose one to marry and end her relationship with the others? They deliberately encourage their daughters to deceive and betray men, which if care is not taken may take them into prostitution.

Mr Geng was arraigned before a court and is remanded in prison custody. We hope there would be a speedy trial and justice would be done to Ummita whose young life has been cut short.