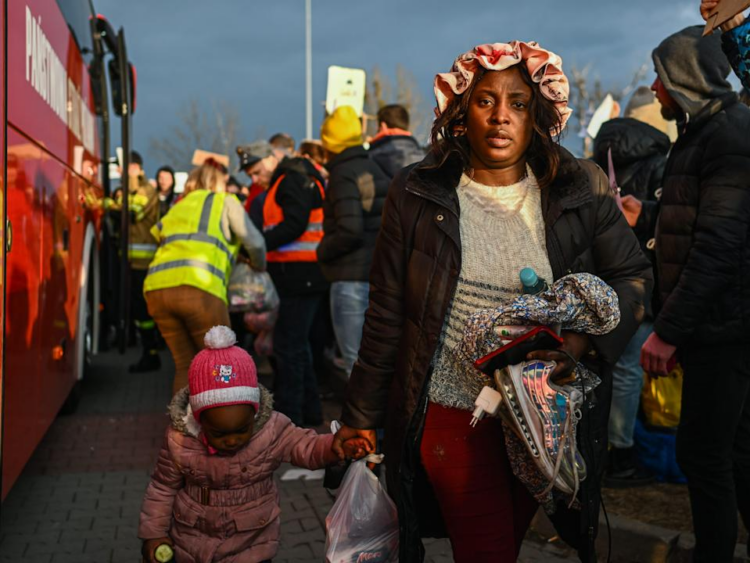 As the Russian invasion of Ukraine continues to its fifth day, Africans fleeing the war said they faced racism and discrimination at the Ukrainian-Polish border, the News Agency of Nigeria reports.

Some fleeing Africans reportedly said that officials at the border prevented them from entering into Poland for several days, while white refugees were let into the country.

This development sparked outrage among social media users as videos of the alleged discrimination went viral.

Ukraine is a destination for thousands of young African students, including Nigerians, owing to its high standard of education and low costs.

NAN reported that the Nigerian Foreign Minister, Geoffrey Onyeama, has called on his Ukrainian counterpart to clarify the situation, expressing concern at the news, especially as it affected Nigerian citizens, and promised to investigate the matter.

The Ukrainian Foreign Minister, Dmytro Kuleba, has, however, stated that Ukrainian border guards had been instructed to allow all foreigners to leave.

While the South African Foreign Minister, Clayson Monyela, also tweeted, on Sunday, that South African students and other Africans trying to flee Ukraine were not treated fairly at the border between Ukraine and Poland, Ghanaian Foreign Minister, Shirley Ayorkor Botchwey, in a statement released on Monday, said that students from Ghana had not had any problems leaving the country, NAN reports.

Polish officials have denied the allegation.

We have to preserve manuscripts on African heritage – Sultan