Towards lasting solution to Nigeria-UAE impasse

Recently, the United Arab Emirates (UAE) immigration department notified its trade partners and travel agencies that it was stopping visa applications from 22 countries, 20 of which are African nations.

Nigeria featured on the list of countries affected by the visa ban.

Concerning Nigeria, UAE authorities said all applications were on-hold until issues between the UAE government and the Nigerian government were resolved.

“All Dubai applications submitted are now rejected. It is general for Nigerians and approvals are on hold at the moment.

“Kindly advise your clients to resubmit C2=A0 applications when the issue is resolved between both governments,” the notice read in part.

Although this round of visa ban is not peculiar to Nigerian, analysts believe that it cannot be separated from the recent diplomatic standoff between the oil-rich Gulf state and Africa’s most populous country. The question remains: How will the confict benefit both countries?

In August 2021, a viral message on Twitter showed how some Nigerians were held against their wish and maltreated at a Dubai airport, in spite of carrying valid travel documents.

The Nigerians in Diaspora Commission (NiDCOM), said it might not be unrelated with the violation of new visa rules by some Nigerians in the Dubai, prompting the government to evacuate over 500 citizens stranded in the UAE.

Indeed, some Nigerians have been suspected to be engaged in criminal activities, such as cybercrime. This has led to new visa rules, including age restriction and a visa regime that focused on family.

However, experts the diplomatic row between both countries may transcend Nigerian travellers violating visa rules and misconducts.

In Dec. 2021, in an apparent diplomatic retaliation, the Nigerian government reduced the number of Emirates Airlines’ flight operations from 21 to one flight per week.

The UAE government had reduced local carrier, Air Peace, operations from three flights to one per week, and Emirates Airlines responded to Nigeria’s retaliation by halting its operations for few weeks.

In Aug. 2022, Emirates Airlines announced the suspension of all flight operations in Nigeria with effect from Sept. 1, in protest against what it described as its trapped funds.

The airline only resumed operations on Sept. 11, after the Central Bank of Nigeria released part of its trapped funds.

Again, on Nov. 3, 2022, Emirates announced that it was halting flights to and from Nigeria with effect from Sept. 29 over its $85 million blocked revenue “to mitigate against further losses moving forward”.

“Please, countries have been shut completely, and they did well. We are not afraid to be shut. It would make us do much better.

“It would make our schools and hospitals do better because necessity is the mother of invention. We would begin to go to our own hospitals and our schools.

“When you stop coming to Nigeria, it does not make any sense. When you stopped operating in Nigeria, a 200 million market, which you need, you do not have a case,” he said.

But analysts argue that, rather than tit for tat, an amicable and permanent diplomatic solution should be sought by both countries.

Tade Ogunjide, a travel agent with one of UAE’s trade partners, said the UAE and Nigeria should be mindful of their mutually-beneficial relationship.

“We are talking about an industry which moves over 1,000 Dubai-bound passengers daily. I don’t have data for other African countries, but the Nigerian aviation market in that route is crucial.

“There are many Nigerians who go about their legitimate businesses in Sharjah, Dubai and other parts of the UAE. It will be unfair of Nigeria and UAE to be insensitive to their situation.

“An outright and blanket visa ban, for any reason, is counterproductive for both countries in the long run,” he said.

“Nigeria has a vibrant and lawful student population here. There are so many challenges we face and adding this visa ban issue to the list worries many of us,” she said.

Last year, airlines operating between Nigeria and the UAE lost N26 billion in 19 weeks, when the UAE government stopped flights from Nigeria, according to BusinessDay aviation report

With an estimated population of between 50,000 and 100,000 Nigerians living in the UAE, many believe that the country’s new visa regime, which prohibits Nigerians from being provided with a work permit, violates international conventions.

According to the Article 13 of the Universal Declaration of Human Rights “everyone has the right to freedom of movement and residence within the borders of each state”.

Therefore, in the interest of both countries, a lasting diplomatic solution should be pursued on the salient issues of immigration and airline operations.

On the one hand, the Nigerian government should intensify efforts to settle the over $500 million backlog earnings it owes airlines operating in the country.

It should also enter into a form of repatriation agreement with the UAE for Nigerian offenders to return and serve appropriate punishment in Nigeria.

The UAE government should review its visa policies against Nigerians and resist the temptation of using its flagship airline as a diplomatic bargaining chip.

During the 2021 impasse, Sirika has assured that the government has “a responsibility as a government to take certain decisions on behalf of people that are in accordance with the law and that will ensure that our citizens are treated fairly and equally and also enjoy mutual relationships.

The same diplomatic engagement is required by both parties once again to resolve the present logjam and find a lasting solution to the challenge in the interest of the two nations. 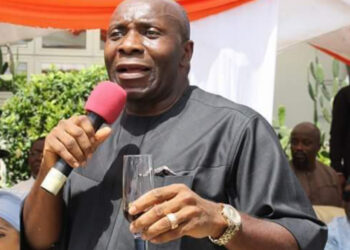