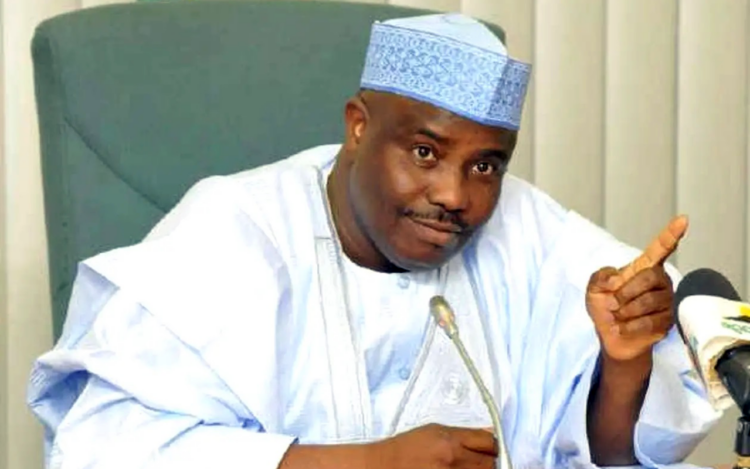 24 hours curfew has been imposed within the

Earlier in the day, some Muslims youth have taken over some major roads within the Sokoto metropolis, demanding the release of the two suspects over arrested over the killing of Deborah Samuel, a student of Shehu Shagari College of Education, accused of blasphemy.

The youths were armed with placard reading among others “Muslims are not terrorists,” and “Release our Muslim brothers.”

Governor Tambuwal has pleaded with the people of the state to remain indoor for the next 24 hours.

One of the protesters who spoke to 21st CENTURY CHRONICLE, said the two suspects were unjustly arrested by the police.

The protesters were heading to the Sultan Palace before they were dispersed by the joint security operatives.

21st CENTURY CHRONICLE reports that Ms Deborah was killed by her fellow students on Thursday after posting a blasphemous comment on their WhatsApp group.

After 4 days in Paris, Buhari departs for S/Africa