Taliban urge US to unfreeze Afghanistan’s assets after quake

by Aliyu Suleiman
in News International
0 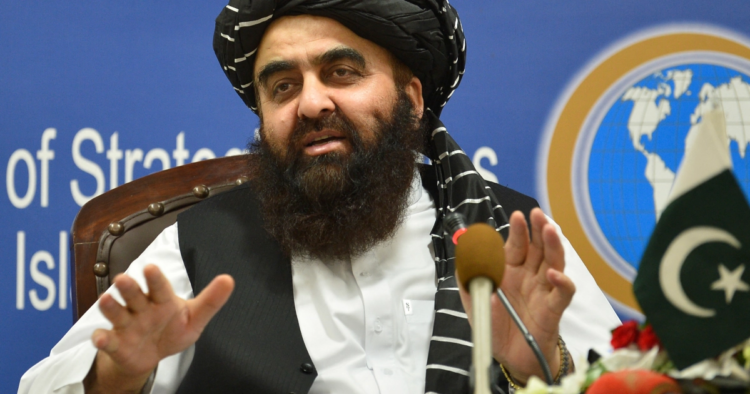 The Taliban have urged the United States to unfreeze Afghanistan’s assets after a powerful earthquake struck a rugged, mountainous region in the east of the impoverished country.

The disaster poses a new test for Afghanistan’s Taliban rulers and relief agencies which are already struggling with multiple humanitarian crises. The full extent of the destruction among the villages tucked in the mountains is slow in coming to light.

“This headquarters was formed with the participation of the ministers of health, defense, culture, interior and others, and it was decided that their representatives should quickly reach the affected areas to provide relief,” he said.

It was also decided to provide food, home appliances, tents, and other basic necessities, Mujahid said, adding the ministry of defense was asked to provide all ground and air assistance to help the injured, while the ministry of health should send the necessary medicines and relief teams as soon as possible and take care of the injured.

The disaster inflicted by the 6.1-magnitude quake heaps more misery on a country where the health system has been crumbling since the US and NATO withdrawal in August. The takeover led to a cutoff of vital international financing, and most of the world has shunned the Taliban government.

In a rare move, the Taliban’s supreme leader, Haibatullah Akhundzadah pleaded with the international community and humanitarian organizations “to help the Afghan people affected by this great tragedy and to spare no effort.”

International organizations, the Red Crescent and many countries, including the Islamic Republic of Iran, Pakistan, Russia and some other countries have declared their readiness to help Afghanistan, the Taliban spokesman said.

But, he made a point of renewing Afghanistan’s call on the US to release the country’s assets. There are about $7 billion of Afghan funds from the country’s central bank frozen in the United States.

In February, US President Joe Biden signed an executive order that would seize the Afghan assets and move half to a fund purportedly designated for humanitarian aid for Afghanistan. However, Biden nodded to legal wrangling with some 9/11 families pursuing claims against those assets as the reason for not trying to free the other half of Afghan funds allegedly for the Afghan people.

The freeze has continued amid Afghanistan’s economy being on the verge of collapse, inflation soaring, and millions of Afghans on the brink of starvation.

However, Washington’s callous indifference to humanitarian crises is known to all and sundry.

When Iran was hit by the worst coronavirus pandemic in the Middle East, calls mounted from around the world on the United States to ease sanctions on the country in order to allow the Islamic Republic to buy vital medical equipment and vaccines from abroad, but Washington was unimpressed.