by Ahmed Tahir Ajobe
in Investigations, Lead of the Day, Special Report
0

Amid cash crunch, deep infrastructural deficit and crippling poverty, Benue State Governor Samuel Ortom in 2019, announced that he would build another cargo airport after a failed attempt six years ago.

However, about three years after, work is yet to commence at the Kilometer 28 on the Makurdi-Lafia Road, near Daudu in Guma Local Government Area of the state close to the state capital, the same site where the earlier project was to be sited.

The governor had announced that the airport, which would cost N11 billion, was expected to be solely financed with Internally Generated Revenue (IGR) with a completion period of two years.

“We are taking the unprecedented bold step of building an airport within the budget year.

“This project will be an important component of our bid to facilitate growth and development at the grassroots and macroeconomic levels,” the governor said.

However, the All Progressives Congress (APC) had queried the rationale behind the governor’s action even when the first attempt failed.

“We are deeply worried at the spontaneous nature with which the Peoples Democratic Party (PDP) administration in the state emotionally declares serious policy statement with gusto, yet fails to execute any without compunction,” it noted, while declaring that the project was another attempt to fleece the state.

21st CENTURY CHRONICLE reports that the project sum of N11 billion was included in the 2020 appropriation but nothing was done within the first quarter before the spike in COVID-19 cases and the consequent travel restrictions even though Ortom promised that “As soon as the budget is approved, work will commence.”

Our correspondent reports that though so much happened to the 2020 budget with analysts questioning its implementation, there was however no provision for the airport project in the 2021 budget.

The site of the project had remained the way it was when the groundbreaking was done preparatory to the commencement of the first project in 2016.

Why the earlier attempt failed

21st CENTURY CHRONICLE recalls that in January, 2016, the state government and a private investor, Cargopolis Development Consortiums, signed a Memorandum of Understanding (MoU) to establish a cargo airport in Makurdi worth N37.9b ($190.5m).

Under the Public-Private Partnership  (PPP), Benue State would provide 1,000 hectares, as well as an equity contribution of N5.2b ($26m). The MoU included a concession period of 25 years while the duration of the project was pegged at 18 months. The state government was also supposed to release N3bn as compensation for the locals whose lands were affected by the project.

The Project Facilitator, Pureza Investment International, said the development would see an aviation school being opened at the airport, with a capacity for 50 students at a time.

At the groundbreaking ceremony for the airport, Ortom appealed to the members of the host community to cooperate with those involved in the construction and assured them that the project would generate numerous jobs, wealth and opportunities at minimum cost to the state government.

He noted that the project which was expected to be completed in 2020 would place Benue on the aviation map of the world, make it the hub for West Africa, improve transportation and transform the host community.

Other benefits, he said, included establishment of industries in the vicinity, provision of capacity building in several areas, training of pilots and aviation engineers, as well as hosting of an aviation tank farm and power plant.

However, many have questioned the viability of the airport which they point out is a misplaced priority, especially with an existing airport belonging to the Nigerian Air Force (NAF) which can be put to good use.

Former Lagos State Commissioner of Police, Alhaji Abubakar Tsav, then faulted the launch of the capital project at the time of prevailing economic downturn, saying that the cargo airport for Benue State was senseless and economically unviable.

Tsav, a Commissioner at the Public Complaints Commission (PCC) in the state, described the project as a “big fraud and a conduit pipe” to siphon the tax-payers’ money and expressed optimism that the governor did not consult his economic advisers before arriving at the plans to kick start the cargo airport project.

Six years after its conception, however, the project has remained a pipe dream with little progress made since its groundbreaking.

“The project itself was doomed to fail from the very beginning with the deal shrouded in secrecy,” Mr Samson Agber, a policy analyst averred.

He said there was a mystery surrounding the identity and ownership of the technical partner for the project. “When you googled CDC Consortiums back then, it didn’t exist. How would you engage such a non-existent firm for such multi-million naira deal?” He queried.

21st CENTURY CHRONICLE learnt that the consortiums don’t have the requisite for such project, even as it was alleged that the owners have issues with anti-graft agency. Beyond this, it was also gathered that the non-payment of compensation to the host community has also contributed to the project’s delay.

This newspaper recalls that in the MoU, the state government was supposed to pay the N3bn as compensation to the host community which it failed to pay and which drew the ire of the locals who threatened to deal with any official or contractor who set foot on their land.

An aviation expert, Joseph Agboola, told our reporter that the state governments needs to do extensive consultations before embarking on a project of such magnitude. He said it is more cost effective and even fashionable to utilise a general purpose airport than to build cargo-dedicated aerodromes which are quite expensive and no longer fashionable.

He said state governments that built airports in the past are leaving such liabilities to the federal government.

“You can see the federal government is in the process of taking over airports at Kebbi, Osubi, Dutse, and Jigawa. The Gombe State government had also written to the federal authorities, asking it to take over the Gombe Airport. So this should serve as a cue to others not to venture into projects that they cannot sustain.”

Media aide to Gov Ortom, Terver Akase couldn’t be reached for clarification on the development as he failed to answer our reporter’s call, neither did he replied the messages sent to his phone. 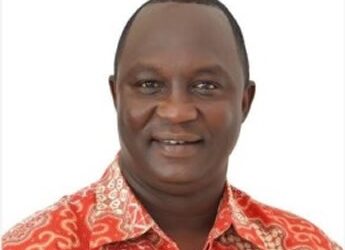