by Catherine Agbo
in Lead of the Day, Special Report
0 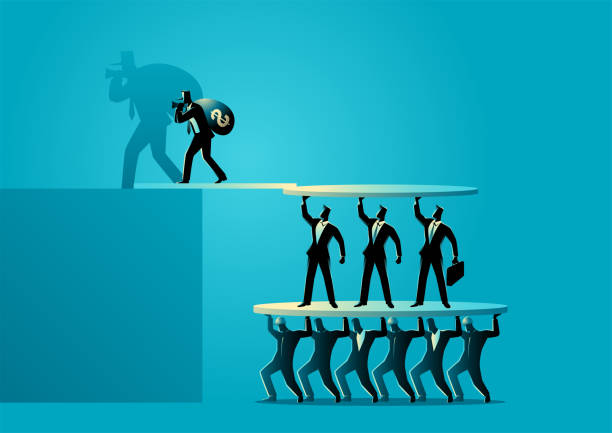 After the crash of MMM in 2016, there was a hiatus in the activities of ponzi schemes in the country and it appeared like people had learnt their lessons, after getting their fingers burnt in the phantom investment.

But the hiatus was only momentary, as there has been resurgence in Ponzi schemes since 2019. In 2020, in the wake of the COVID-19 pandemic, many schemes were introduced and have continued to lure people with bogus Return on Investment.

Despite warnings by government agencies such as the Securities and Exchange Commission (SEC) and Economic and Financial Crimes Commission (EFCC) for Nigerians to desist from investing in the schemes, people continue to invest and fall victim of the fraudulent activities of the ponzi scheme operator.

According to SEC, it is the only body empowered to regulate investments business in Nigeria andpromote investors’ education and the training of all categories of intermediaries in the securities industry by virtue of Section 13 subsections (a) and (s) of the Investment and Securities Act (ISA) 2007. It is, therefore, unlawful for a person or organisation to engage in capital market activities without registering with SEC by virtue of section 38 (1) of the Investments and Securities Act (ISA) 2007.

Similarly, section 67(1) of the ISA, 2007 provides to the effect that no person shall invite the public to deposit money whether bearing or not bearing interest except a bank or body established by law for that purpose, while sections 58(1) and 59 of Banks and other Final Institutions Act (BOFIA), 2004 provides that no person shall carry on financial business in Nigeria other than insurance and stock broking except if it is a company duly incorporated in Nigeria and holds a valid license granted by the Central Bank of Nigeria (CBN).

One common denominator with the Ponzi operators, as discovered in the course of this report is that they pay the initial investors, who now unconsciously become their recruitment agents and spread the word about the scheme and then when more people come in and commit their funds, they begin to renege on the promise by first slashing the promised ROI till they eventually turn off the tap on payment and begin to treat the investors disdainfully.

A victim of one of such schemes, Tracy Agba (not real name) narrated her experience to 21stCENTURY CHRONICLE.

She said, “In April 2021, my mother who recently retired from service was paid part of her benefits and was looking for what to invest the money in, where she could be drawing monthly returns for her upkeep. I had also sold some grains which I stored the previous year and had some money at hand so we polled resources together and came up with N4 million.

“Prior to this time, one of my friends had told me about AddyFX Ltd, a forex trading company that offers investors returns ranging from 13 to 25 per cent. I did the maths and could see that we would be filthy rich in no time. She convinced me that the company had been in existence since 2018 and paying the promised returns to investors so there was no reason to be afraid.”

Continuing, she explained that, “The company had two investment cycles; six and 12 months. While the return on investment (ROI) was to be paid monthly, you could cash out your money at the end of your chosen investment cycle or roll it over and start again. We eventually made up our mind to invest in May and it was soon after we did that we began to receive mails that the company was in a reorganisation process and was changing to a new name, Addy Finance and Investments Limited, in compliance with regulatory bodies. While we were trying to come to terms with this, news broke that the company was liquidating all investments on its platform and that was the last we heard.”

An entrepreneur, Miracle Cherechi, said in 2020, she invested N2.8 million in an investment company, MBA Trading and Capital Investment Company. The company’s ROI ranges from 2.5 to 15 per cent, with minimum investment of $1,000. I invested but never got to be paid before the company ran into murky waters and closed shop.

“I was so optimistic and I made serious plans. I wanted to get a shop and expand my business with the proceeds from the investment but it was never to be. From delaying in the remittance, it became one story to another ad right now, no one even knows what is going on,” she said.

Data generated from the EFCC website showed that between 2019 and 2021, Ponzi scheme operators have fleeced unsuspecting investors of over N23.4 billion in reported cases, for which the commission has made arrests, in addition to $2.8 million.

The data was collated using the amounts of money said to have been swindled by the Ponzi scheme operators from their clients, as reported by the anti-graft agency on its website.

The modus operandi of the Ponzi scheme operators is the same, they offer mouthwatering ROI to investors even though it is unclear what business they are investing the money into, to guarantee such returns, in most cases.

Some of those already uncovered by the EFCC include Wales Kingdom Capital (WKC), allegedly owned by one Adewale Daniel, who is currently on the run, Quintessential Investment Company limited, run by 22-year-old Joshua Adeyinka Kayode, who allegedly defrauded 170 people to the tune of N10.8 billion, Themap.ng owned by one Ayanso Mma and Inks Nation operated by Omotade-Sparks Amos Sewanu.

Others are Maryam Abu Shinga, who promised investors in her phony gold investment scheme ROI of 300 per cent every four weeks, 43-year-old Amos Olugbenga Olaniyan, who through his company, DHIL Nigeria Limited hoodwinked unsuspecting members of the public into investing in a Ponzi scheme popularly known as Crime Alert Security Network Investment, through his radio programmes, with a promise of 30 per cent monthly ROI, Kingsley Nwegwu and JoakinNwegwu, both managing directors of ACJEC Global Services Ltd. who promised mouth-watering 30- 34 per cent interest annually to investors, Bluekey investment club and Babagana Abba Dalori, Managing Director/Chief Executive Officer of Galaxy Transportation and Construction Services Limited, for diverting $2.8million and N6.5billion of investors’ funds.

James Tyoson while reacting to a poser about why people still invest in schemes that promise unrealistic returns, despite the experiences of others, said fuel and desperation to make it quick is the fuel that drives such people.

“Only a greedy person can invest in a business and expect to get profit of 200 per cent as they promise some of them, without knowing how the drivers of the investment scheme intend to make the profit.

“The economy has been and further worsened by the pandemic so a lot of people have become desperate. My reaction to such things has always been that if it is too good to be true, then it probably calls for more due diligence.”

He said while the government was making efforts at sensitising people on the consequences of such investments, agencies such as the Nigeria Broadcasting Corporation (NBC) can take it a notch higher by banning advertisements and programmes that promote them.

Okeke Nnamdi lamented that lately, agents of the fraudulent investment schemes target retirees and make them invest their benefits in the hope of getting good returns, only to end of despondent.

“It is sad. Anyone familiar with Ponzi schemes knows that there is a high level of uncertainty in that field because only a continuous flow of new entrants sustains it.”

Olasupo Jubril Adedimeji, in an article, said promoters of Ponzi schemes prey on the ignorance of investors, most of whom are not aware of the high risks associated with the schemes, which may lead to poor investment decisions with severe negative consequences, adding that their tendency to crash, as the lifespan of most is between 12 to 18 months is a huge disadvantage that requires serious consideration

The EFCC recently said it had been inundated with complaints of on fraudulent investments that promise high return with little risks to investors.

The commission said in an advisory that the trend was indication that investment scams continue to thrive despite the enforcement and public enlightenment interventions by the Commission and other stakeholders.

“Though risk-taking is considered by some as the oxygen that drives investment decisions, the Commission wishes to warn the public against taking unmitigated risk in desperation to earn a windfall. Investment in Bitcoin, for instance, is a high risk activity as the terrain is largely unregulated, and prone to fraud.

“The EFCC wishes to state that, while it will continue to investigate and prosecute persons complicit in fraudulent investment schemes, it is incumbent on the investing public to be circumspect in their investment decisions. Any investment that promises returns that look too good to be true should be considered a red flag. Nigerians are by this notice, warned to be wary of fraudulent schemes and are hereby enjoined to resist the temptation of quick gain that could end in misery,” it said.

While it is relieving that the law is catching up with some of the promoters of the fraudulent schemes, it remains to be seen if victims will ever recover their funds or if the experiences of others will open their eyes of those still looking to invest in such schemes.

FEATURES: Face-to-face with a lady sculptor