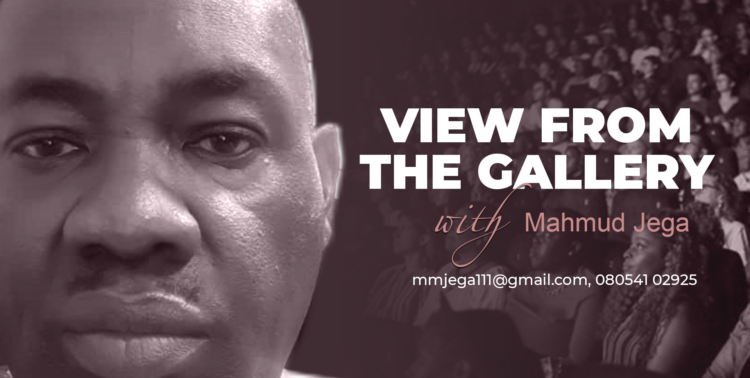 VIEW FROM THE GALLERY

Two days from today, political parties in Nigeria will be free to flag off presidential, governorship, federal and state  assembly campaigns by sticking posters on every wall, saturating the airwaves with campaign songs and noisy messages, holding mass rallies, knocking on everyone’s door, filling up buses and trucks with “supporters” shouting themselves hoarse, floating support groups of women, students and traders, hurrying to the palaces of traditional rulers that they had not visited since the last election, endlessly attending marriage and naming ceremonies, consulting babalawos, endless press releases and conferences, launch tirades and counter tirades on social media, generate an avalanche of fake news, dig up long forgotten personal and official secrets, unveil promises that they will most often forget about, produce election programs produced by egg head teams that the main candidates may not even have read, and cap it all with violent street brawls by marauding party “youth wings.”

All to what end? The amended Electoral Act placed a N5billion spending limit on a presidential campaign, knowing full well that the national campaign launch of a major political party alone will cost more than that. Why should we deliberately make all our major presidential candidates to break the law even before they enter the State House? In any case, I have this nagging feeling that most Nigerians have already made up their minds on who to vote for next February. The campaigns are unlikely to change many minds.

Some 95 million Nigerians have registered to vote in the 2023 elections. That still leaves millions of others over 18 years’ old who did not bother to register, either because they could not locate the registration station or perhaps because they were too busy looking for the day’s meal. Some Nigerians were so eager to vote that they registered more than once, partly because they did not believe the claim by IT experts that a master server could pick you out even if you registered in Bonny Island and registered again in Gamboru Ngala. Now INEC has picked out 1.1 million of them.

Even though 82 million people registered for the 2019 election, only about 28 million turned up to vote. It could be higher in 2023 because of heightened interest in some quarters. There is also active disinterest and sabotage in other quarters. Many registered voters will relocate to their hometowns before election day out of abundance of caution. Others will be frightened by the restriction on movement that police will clamp on election day.

Most if not all registered voters have already made up their minds on who to vote for. On what grounds did they do that? Some voters have made up their minds on regional grounds. Region is a very powerful sentiment in Nigerian politics, only periodically overcome by other considerations. We have had 9 presidential elections in Nigeria since 1979. Candidates of Northern origin triumphed on five occasions [1979, 1983, 2007, 2015 and 2019] while candidates of Southern origin triumphed on four occasions [1993, 1999, 2003 and 2011], a rough parity. Nigeria is safest when both major candidates are from the same region, such as in 1999, 2007 and 2019, and most uneasy if one is from the North and one is from the South, as in 2011 and 2015. 2023 promises to be an interesting flip up because a party with majority support in the North has a candidate of Southern origin while another party with majority support in the South has a candidate of Northern origin.

Some voters have made up their minds based on religion, a political factor sometimes more potent than region. It is a tricky proposition because three of the four major candidates, including the top two, are of the Muslim faith. Some voters then latched on to the religious faith of running mates in order to make an electoral decision, while other voters are having trouble balancing between regional and religious factors in their choice.

Some voters decided based on age. The two top candidates are in their seventies and the two other important contenders are in their sixties. I don’t know if that is a wide enough gap, but some voters are latching onto it. Still other voters have decided to remain faithful to their political parties. Especially if one is a practicing politician, party is the most important consideration in an election because that is the only way you can fulfill your personal ambition. What is the use of electing a president from your region or religion if he will not consider you when making appointments because you belong to a rival political party?

To some voters, personal link trumps every other consideration. If you happen to know a candidate and could get access to him if he wins the election, that is more important than every other factor, in Nigeria. What is your own about his so-called policies, as long as you can land one major contract and alleviate your personal poverty? From the day that presidential, governorship and senatorial candidates of the major parties emerged, their family members, relatives, friends, girlfriends, classmates, former office colleagues, in-laws, servants, even some neighbours and market customers knew who they will vote for. Anyone who intends to one day run for election in Nigeria should learn to live peacefully and amicably with everyone he or she comes across.

Journalists, researchers and other egg heads have decided based on some candidates’ record in office. Three of the four major candidates were state governors and one was a vice president, so it is easy to assess their record. The two top running mates were also state governors, complementing the records of the principals. This is important because there are some people in Nigeria who, after their gubernatorial tenures, cannot raise their heads in public. Some even languished in prison.

Look, there are voters in Nigeria who decided based on good looks. I am not accusing young women in this regard. During an NPP election rally in 1983, Mohammed Abubakar Rimi said most women will vote for the party because of the good looks of Jim Nwobodo and himself. Some Nigerian voters may not have evolved much from that stance.

A large number of Nigerian voters have been prodded to make up their minds by structure. Structure is very important in Nigerian politics because it is party executives at state, local government and ward levels as well as election candidates at all levels that will paste posters, shout at street corners, knock at doors, mobilise at mosques and churches, distribute souvenirs and essential commodities, mobilise their in-laws and neighbours, deploy vehicles and okada to move voters to polling stations, and deploy agents to polling booths. Despite many failed promises over the years, some voters have made up their minds based on promises. The most potent promises are the personal ones, but there are at least a few voters who were taken in by the promise to maintain fuel subsidy, review salaries, create jobs or defeat bandits.

Still other voters are moved by nostalgia. Chief MKO Abiola’s son, Kola, is on the ballot as PRP’s presidential candidate. We have not seen much of him campaigning on the stumps but since he is the closest biological thing to MKO, not a few June 12 diehards intend to vote for him. Some other Nigerian voters are fascinated by international connection. One of the major candidates is well connected to Dubai, where he has spent most of his time since 2007. Another major candidate is deeply rooted in Chicago, where he schooled and then worked as an accountant, before he lived in England as a political refugee. He was not in Chicago during the time of Al Capone and he had no links with Mayor Dick Daley. One other major candidate always quotes China, with a veiled promise to repeat the Chinese economic miracle. The fourth major candidate is not known for foreign travel but during his time as governor, he went to Holland to study a milk farm, and he sent many students to India and to Jordan to study piloting.

Look, some Nigerian voters have made up their minds to vote on anarchistic grounds. They want a Nigerian Donald Trump who built a Mexican wall, annoyed Canada, infuriated NATO allies, embraced the Russian enemy and cuddled the Saudis. They have identified the presidential candidate who will dissolve the Nigeria Police due to brutality, quarantine the Federation Account until states prove their viability, hand over the Accountant General’s office to ASUU, appoint student unionists as Vice Chancellors of federal universities, fix naira exchange rate to the Russian rouble, push Boko Haram into Chad, reclaim Bakassi from Cameroun, close our borders with Niger Republic and Benin,  rip up ECOWAS protocol until cross-border smuggling ends, stop paying our dues to AU until it admits Ukraine, stop all pilgrimage to Saudi Arabia and Israel, withdraw from OPEC and unilaterally set our own oil production quota, and suspend our membership of the UN until we are given a permanent Security Council seat with veto powers.

They have already identified the right candidate. If not for lack of space, I would have mentioned his name. 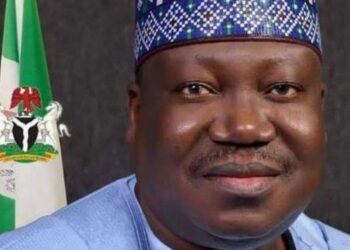