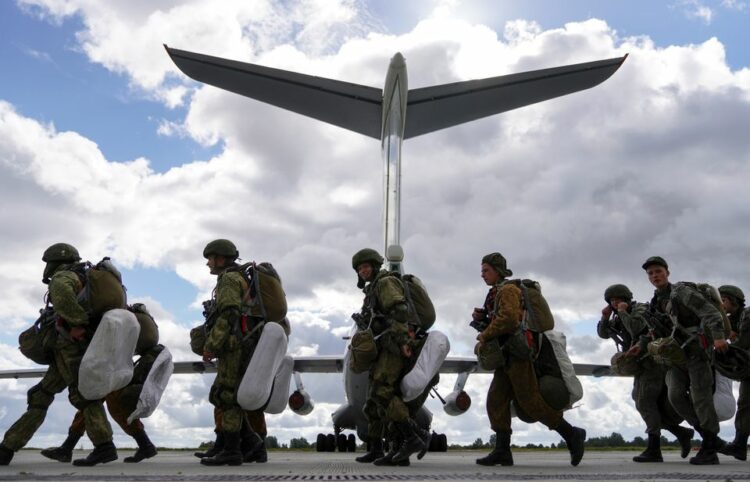 More than 1,000 anti-mobilisation protesters are reported to have been arrested

They include more than 100 members of the Azov Battalion, hailed as heroes for mounting resistance at a steelworks in Mariupol

Five British nationals also freed have arrived back in the UK

President Putin’s order for a partial mobilisation of Russian reservists has been met with concern in opposition media but pro-Kremlin outlets have sought to justify the move and allay public fears over the news.

In the hours after the announcement, the talk shows on Russia’s two main channels got to work selling the mobilisation to the public, framing it as a logical response to threats posed by the West.

“The Russian Federation, in my view, always acts consistently in response to a direct threat to its existence and security,” said a pundit on state-controlled Channel One.

Today’s papers offered their own take on the mobilisation and what it could mean for the conflict going forward..

“What is happening now is a classic zero-sum game. A simultaneous victory for Moscow, Kyiv and the West is no longer possible. For someone to win, someone has to lose. This determined, determines and will determine the further course of events,” it said.