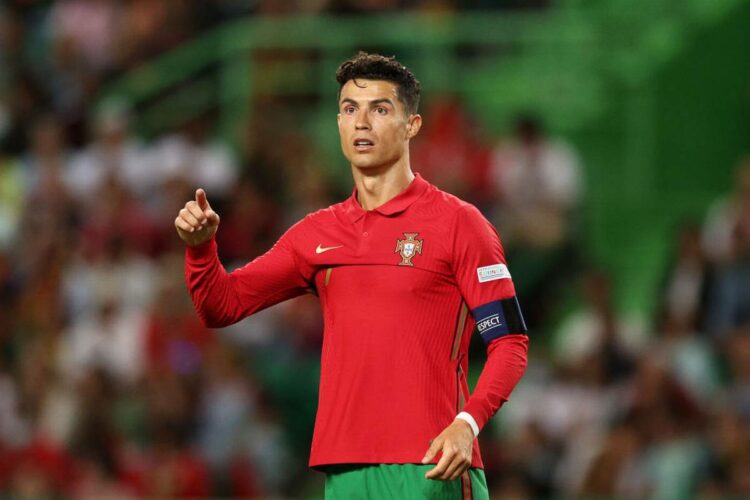 Cristiano Ronaldo intends to continue with Portugal until Euro 2024, shutting down any notion that this year’s World Cup could be his last major international tournament.

The veteran attacker has struggled for form this season at the club level with Manchester United FC, dropped by Erik ten Hag and mostly kept on the sidelines by a positive upturn in results.

But his place in Fernando Santos’ Portugal squad has never been in doubt, with the 37-year-old leading his country in their Nations League matches with the Czech Republic and Spain this week.

Speaking at the Quinas de Ouro awards, where he was feted, Ronaldo revealed his ambitions to remain with the national set-up for another major tournament cycle, taking him through to the age of 39.

“I hope to be a part of the national team for a few more years,” he stated. “I still have the motivation, and my ambition is high.

“My path here is not over. We have many quality youngsters. I will be at the World Cup, and I want to be at the European Championship, too.

“It has been a long road and I want to take the opportunity to say that the road is not over yet. You’ll still have to put up with me for a little while longer,“ he said.

Ronaldo’s only major honour at international level came at Euro 2016, albeit he missed most of the final victory over France following an injury.

Portugal will hope for a successful tournament in Qatar, where they are the top-seeded nation in Group H, alongside Uruguay, South Korea and Ghana.