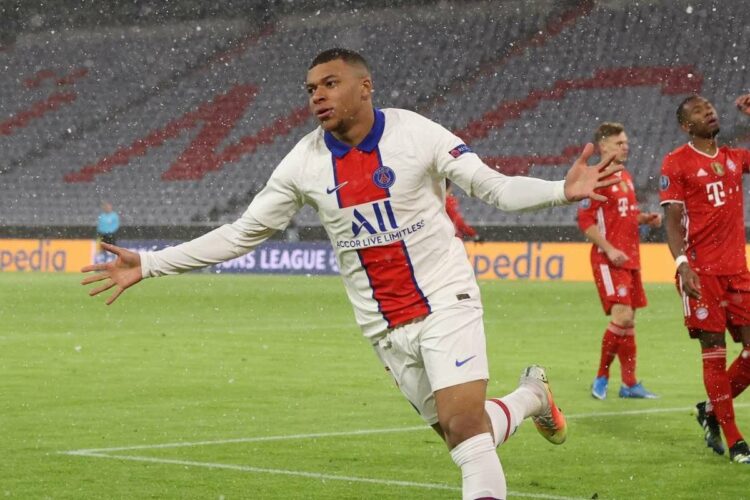 Paris Saint-Germain secure a huge result to defeat Bayern Munich 3-2 in the first leg of their Champions League quarter-final clash.

Kylian Mbappe and Marquinhos steered the French side into a 2-0 lead, but Eric Maxim Choupo-Moting and Thomas Muller responded for the German side.

However, Mbappe notched his second of the night on a brisk counter, securing a precious third away goal in the process. It is an advantage for PSG which is heading into the second leg of the contest next week.

Bayern are next in action on Saturday in the Bundesliga at home to Union Berlin.

PSG face Strasbourg on the road in Ligue 1 on the same day.