by Aisha Abubakar
in Lead of the Day, National news
0 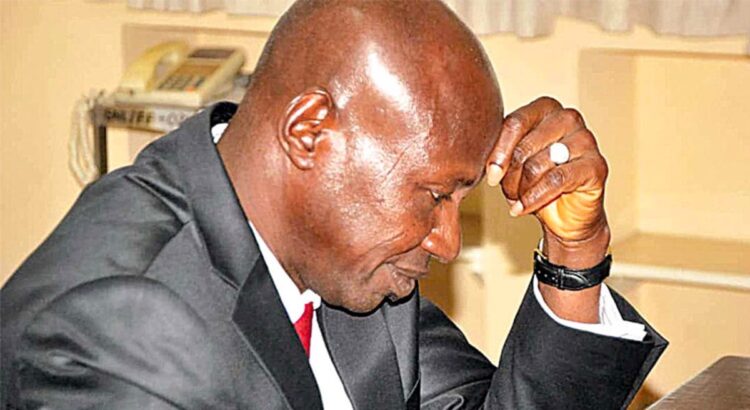 The former acting chairman of the Economic and Financial Crimes Commission (EFCC), Ibrahim Magu, has been promoted to the rank of Assistant Inspector-General of Police (AIG), 10 days after reaching retirement age.

The promotion was announced by PSC spokesperson, Ikechukwu Ani, in a statement on Monday.

The suspended anti-corruption chief was born on May 5, 1962, and will be 60 this year, making him eligible for retirement from the police force in accordance with Section 18(8) of the new Police Act.

Mr Ani said Magu was promoted alongside some senior officers at the 15th Plenary Meeting of the commission on Friday.

The statement said aside Magu, seven Commissioners of Police were promoted to Assistant Inspectors General of Police.

“The Plenary Meeting which began on Wednesday, May 11th 2022 was presided over by Alhaji Musiliu Smith, Chairman of the Commission and former Inspector General of Police. DIG Amadi, currently acting, replaced late DIG Joseph Egbunike and will be representing the South East in the Force Management team while DIG Senchi was the most senior in the AIG cadre.”