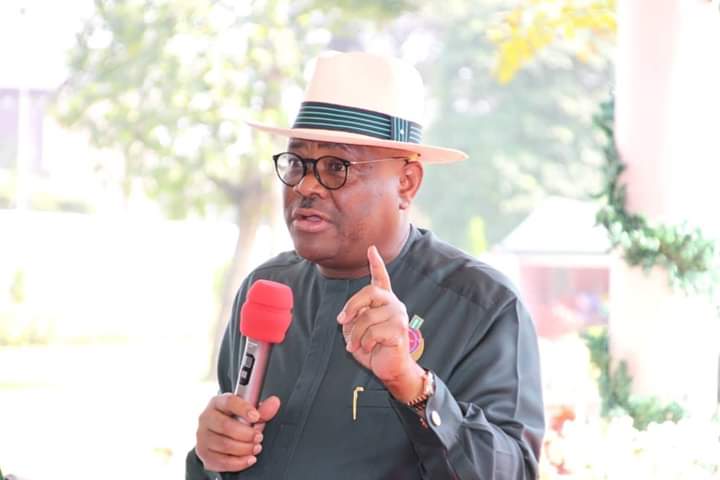 Rivers State Governor Nyesom Wike had said PDP chairman Iyorchia Ayu is latching to his position because he wants to be Secretary to the Government of the Federation (SGF) if Atiku Abubakar wins presidential election next year.

Mr Wike, whose group has called for Mr Ayu’s resignation, came second in the presidential primaries that produced Mr Atiku as the opposition party’s flag bearer in Abuja on May 28 and May 29, 2022.

The duo parted ways when Mr Atiku picked Delta State Governor Ifeanyi Okowa as running mate, instead of Mr Wike who was reportedly recommended by some members of the PDP’s National Working Committee (NWC).

In a TV programme on Friday, Wike said, “If Nigerians hear a lot of things going on now in the party that wants to take over the reign of power they will shake their heads,” Wike said.

“You see when we talked about Ayu, it seems people don’t know what is involved. Ayu wants to be in power. So that he will be there and if we (PDP) win; he wants the Secretary to the Government of the Federation position. You know these positions have been shared and then they are talking to ‘small boys’ like us to play along like we don’t know what is going on.

“I can tell you that because most of you don’t know what is going in the party. Somebody has been given the senate president position. And do you think I will sit here on national television to tell you things I don’t know? It is just because of confidentiality and certain things that we cannot say them here.

The Rivers governor claimed that APC presidential candidate had offered him a senate ticket. He said, “I didn’t contest so I can become a vice presidential candidate, I am not like others who were not serious and bought senatorial form alongside presidential form and that’s why when Tinubu offered me senate slot, I didn’t go for it. If I want power or want to be in power, I would have gone ahead to take the senatorial ticket. But I said no. That is a man who believes in equity, fairness, and justice. So the analysis does not rhyme at all.

“Aside from Tinubu, who is from the APC, other political parties are talking to me as well including Labour Party because they all know my worth and how I can ensure that they win the 2023 poll. But I have not accepted any of the offers presented by those parties.”