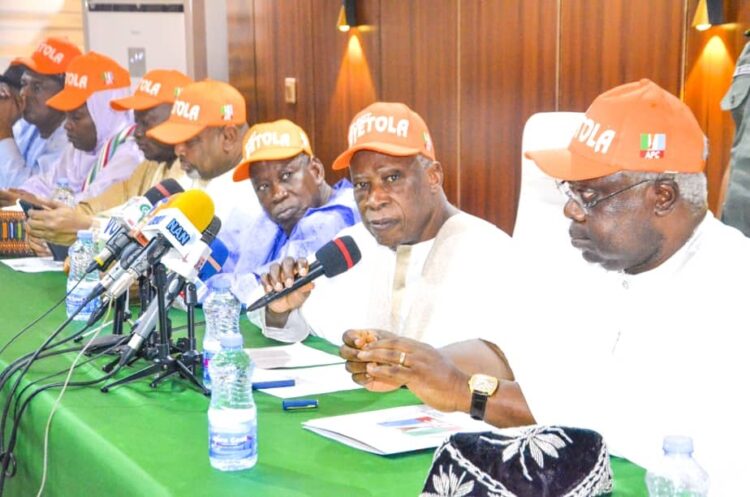 All Progressives Congress (APC) has inaugurated its National Campaign Council for the Osun State governorship election.

The governorship election is slated for July 16

Present at the inauguration were the Governors of Nasarawa, Kogi, Gombe, Niger and Kebbi.

Governor Gboyega Oyetola, who is flying the party’s flag at the polls, was also present.

Speaking at the event, the National Chairman of the party, Senator Abdullahi Adamu, said the Osun election is a must win for the party.

“No stone must be left unturned, we must do all within the law to win, my tolerance level and that of the party’s National Working Committee (NWC) for failure is zero. Nobody should come back crying, we must win Osun,” he said.

Shettima is one of Nigeria’s success stories – Buhari