by Iro Dan Musa, Kano
in Around Nigeria, Lead of the Day
0

The Nigerian Conservation Foundation (NCF) has revealed that Nigeria is losing 400,000 hectares of forest every year through deforestation and that the nation is facing a serious problem of desertification and soil erosion.

This was disclosed by the NCF Director General, Dr Mukhtar Aminu Kano, during student’s pilot training on revival of school orchards in five secondary schools in Kano state.

He said the revival of orchards in schools is a way for the foundation to educate the young ones the importance of tree planting at a young age.

Kano said the foundation had so far assisted students to establish orchards in over 200 schools across the nation. He explained that the foundation has also donated 390 seedlings and other orchard maintenance equipment to assist students in managing their orchards.

He added that the foundation is also conducting a competition amongt he schools to reward the best performing orchard.

Similarly, Kano state commissioner for education Muhammad Sanusi Kiru who was represented by the Director Education Support Services of the Ministry Malam Ibrahim Y. Yakasai stated that the gesture made by the foundation has been one of the best things that have happened in recent times to the education sector. The commissioner urged the students to be serious in the management of their orchard to attain
the set goal of the foundation. 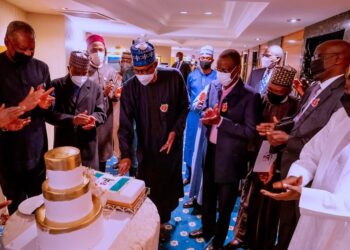 Buhari @79: A focus on achievements, challenges, by Garba Shehu