by Catherine Agbo
in Lead of the Day, Oil and Gas
0

The federal government has disclosed that Nigeria loses about 400,000 barrels of crude oil daily to theft.

The Minister of Environment, Mr. Mohammed Abubakar, made this known at a town hall meeting on protecting oil and gas infrastructure organised by the Ministry of Information and Culture, in Abuja, on Monday.

This is just as the Minister of Information and Culture, Alhaji Lai Mohammed, said about N60 billion was being spent yearly by the federal government to repair vandalised pipelines.

He added that between January 2019 and September 2020, 1,161 pipeline points nationwide were vandalised.

Abubakar said statistics had supported Nigeria as the most notorious nation in the world for oil theft.

He said Mexico, the second-worst affected country, only recorded between 5,000 and 10,000 barrels per day of stolen oil and also cited a report by Nigeria Natural Resources Charter, which estimated that approximately N4.75 trillion was lost by the country to oil theft between 2015 and 2018.

According to him, the report equated the federal government to having lost approximately three per cent of its revenue to oil theft.

He considered sustained oil pipeline vandalism as one of the major problems that has contributed to environmental degradation in the Niger Delta.

Abubakar pointed out that the attack on oil facilities had become the innovation that replaced the agitation in the Niger Delta against the perceived poor governance and neglect of the region. 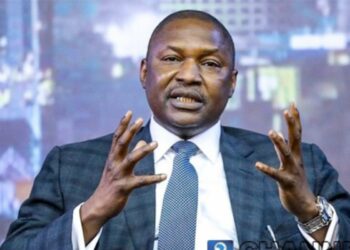