by Bello Musa
in Lead of the Day, National news
0 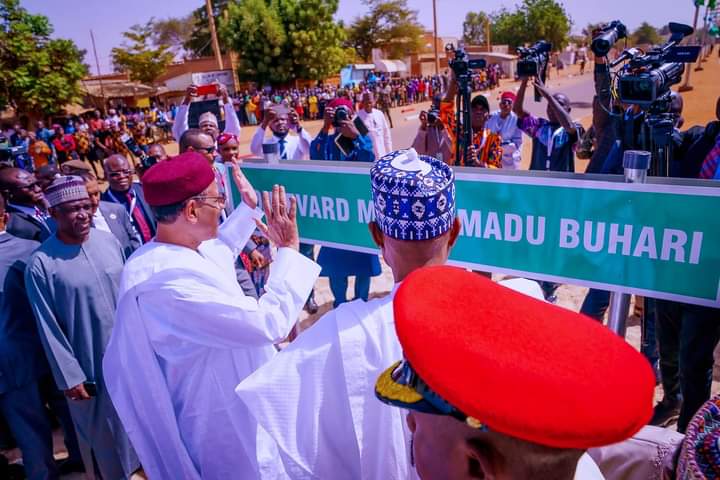 The government of Niger Republic named a 3.8km length and 160m wide Boulevard after President Muhammadu Buhari on Thursday.

This was revealed by presidential spokesperson Garba Shehu in Niamey, Niger Republic.

The Presidency on Thursday said Nigeria’s bilateral relations with its neighbours, including the Niger Republic and Chad, were yielding benefits.

It listed the benefits to include increased tackling of border insecurity, stifling illegal importation, and smuggling of small arms and light weapons.

Mr. Shehu revealed this at the launching of the French version of the President’s biography, ‘Muhammadu Buhari: the Challenges of Leadership in Nigeria’ and the inauguration of a 3.8km length and 160m wide Boulevard named after Buhari by the government of Niger.

He said Buhari led a strong dialogue with neighbouring Niger, Benin, Chad, and Cameroon when he assumed office in May 2015, a move that has strengthened diplomatic ties with mutual benefits to both countries.

“President Buhari has a strong respect for our neigbours and he understands the essence of neigbourliness. Before this administration, some of these countries complained that they were not even being talked to by Nigerian leadership.

“We have opened up dialogue with them and it is paying off. We are partnering with them on essential matters, especially on security, tackling smuggling, and importation of illegal weapons, so the partnership is complete,” he said.

He said when the President hands over to a successor next May, he will bequeath a solid relationship with Nigeria’s neighbours.

SIM ownership is for 18 years and above, FG says