by Mahmud Jega
in Lead of the Day, Tributes
0 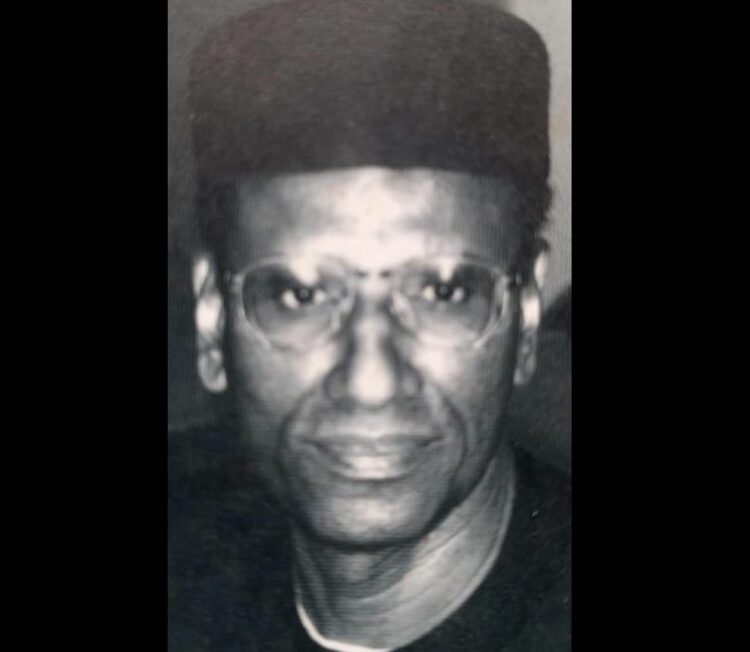 I met with him at close quarters maybe half a dozen times in the past two decades. Still, Dr. Mahmud Tukur, who passed away in Abuja on Friday, April 9 and was laid to rest that afternoon in Yola, will be remembered for many things as an intellectual, academic, author, first rate public servant and in later life as a successful businessman.

In the 1970s Tukur, holder of degrees from University of Wales, University of Pittsburgh and Ahmadu Bello University, held three of Northern Nigeria’s most important academic positions. He was Director of the Ahmadu Bello University’s Institute of Administration, better known as Kongo Campus, Zaria. This formidable institute, housing ABU’s Faculties of Law and Business Administration, was central to training the region’s lawyers, judges, accountants, business and public administrators since the 1950s. It was no small matter to be its Director, second in visibility and importance only to ABU’s Vice Chancellor.

Under Mahmud Tukur in the early to mid-1970s, Kongo played another important role as the intellectual midwife of the Gowon regime’s post-civil war reconstruction and also as the think tank of its transition to civil rule program. It organized a series of seminars which studied every aspect of Nigerian society and polity including the civil service, economy, the military and traditional institutions. Tukur left Kongo in 1975 to succeed Professor Shehu Galadanci as Principal of ABU’s Abdullahi Bayero College [ABC/ABU], Kano. When it was upgraded to become Bayero University in 1977, he became its first Vice Chancellor.

He held the position for only a year. In the aftermath of the Ali Must Go student riots of 1978, military Head of State General Olusegun Obasanjo sacked the VCs of ABU and Unilag. He then carried out a uniquely controversial experiment. He reposted Vice Chancellors across the country. Prof Akinkugbe, for example, was posted from University of Ilorin to ABU while Tukur was posted to Unilag.

Dr Mahmud Tukur refused to take up his posting to Unilag. It was prescient. Prof Babatunde Kwakwu Adadevoh, who was appointed in his place, soon ran into a brick wall of opposition at Unilag with most Senate members, the Registrar and the Bursar ganging up together to frustrate his tenure. The reason, as we learnt from the visitation panel that probed into the affair, was that Adadevoh was a junior professor in Unilag’s College of Medicine when he was appointed Medical Director of the National Medical Research Institute of Nigeria, from where he returned to Unilag as VC. Even though the visitation panel exonerated him of all accusations, President Shehu Shagari removed him in December 1980 in order for peace to reign.

As for Tukur, he chalked up other academic laurels by writing many books including his opus, Leadership and Governance in Nigeria: The Relevance of Values, published in 1999. In the 1970s Tukur, in recognition of his standing as an academic expert on public administration, was a member of the two most important public service reform commissions in Nigeria, the Adebo and Udoji Commissions. They were headed respectively by Chief Simon Adebo and Dr. Jerome Udoji. Both commissions made far-reaching recommendations on civil service reform, but they are better remembered by Nigerians for recommending hikes in salaries. While the Adebo salary hike of 1972 was modest, the Udoji salary hike of 1974 was phenomenal. General Yakubu Gowon sweetened it even more by paying arrears from the date he set up the commission, the greatest manna from heaven in Nigerian history. Tukur was also a member of the 1975/76 Constitution Drafting Committee, of the National Constitutional Conference [1994/1995] and of the Vision 2010 Committee in 1977.

Having refused his posting to Unilag, Mahmud Tukur settled in Kaduna. Together with his friends, they became disciplined industrial investors. They were behind many successful industrial and business enterprises, which later fell on hard times in the 1990s. Tukur also became one of Kaduna’s oft-mentioned power centres. Alongside his friend Malam Mamman Daura, they were regularly mentioned in hush tones as leaders of the shadowy Kaduna Mafia, though no such organization existed in reality. Its “members” were at loggerheads with the NPN rulers of the Second Republic, objecting very much to the latter’s profligacy and indiscipline.

Following the overthrow of the Second Republic in December 1983, Tukur emerged as Minister of Commerce and Industry in the military government led by Major General Muhammadu Buhari. It was a difficult inheritance because during the Second Republic, the ministry acquired notoriety as the center of NPN’s profligate dishing out of import licenses. President Shagari had started to reform it during his second term by appointing the highly principled Alhaji Idris Koko as its minister, but the new minister lasted less than two months in office before the coup. Dr Tukur too did not spend much time in the ministry because the Buhari regime was overthrown less than two years later.

Two of Dr. Mahmud Tukur’s brothers also achieved prominence on the national stage. Engineer Hamman Tukur, now late, was the Rector of Kaduna Polytechnic, managing director of NEPA and still later the feisty Chairman of the Revenue Mobilisation, Allocation and Fiscal Commission, RMAFC. Alhaji Bamanga Tukur was General Manager of Nigeria Ports Authority in the 1970s, was Governor of old Gondola State in 1983, was a prominent NRC presidential aspirant in 1992 and more recently, was National Chairman of the then ruling PDP.

I had several personal encounters with Dr. Mahmud Tukur when I lived in Kaduna. I attended several meetings with him at Arewa House, at Arewa Consultative Forum’s temporary secretariat and at other places. He held very strong opinions about things. At those meetings, he always made his points so forcefully that he left little room for amendment. The force of his personality and the sharpness of his intellect always came through, though, along with his distaste for misconduct and his impatience to get things done correctly. Sometimes I disagreed with him at meetings and I thought he will not like me for it. To my surprise, when he formed the Policy Analysis in Kaduna, he invited me to sit in it and he even asked me to help edit its proposed magazine, called Policy Analysis Digest.

The last time I spoke to Dr. Tukur was more than ten years ago. On the day a book was being launched in memory of Alhaji Abubakar Koko, Dr. Tukur phoned me and said he could not attend the launch because he had a back problem and could not sit at public functions. He told me to convey this message to the organisers, for Alhaji Abubakar Koko was a very close friend of his.

With his departure, many commentators were saying that a “close confidant of President Buhari” has died. It is much more than that. A very close confidant of Nigeria, a superbly patriotic man of great intellectual, administrative and business acumen, if a little bit impatient and a little bit abrasive, has passed away. He was a great man. May Allah reward him with rest in Aljannat.