by Catherine Agbo
in Lead of the Day, The way I see it
0 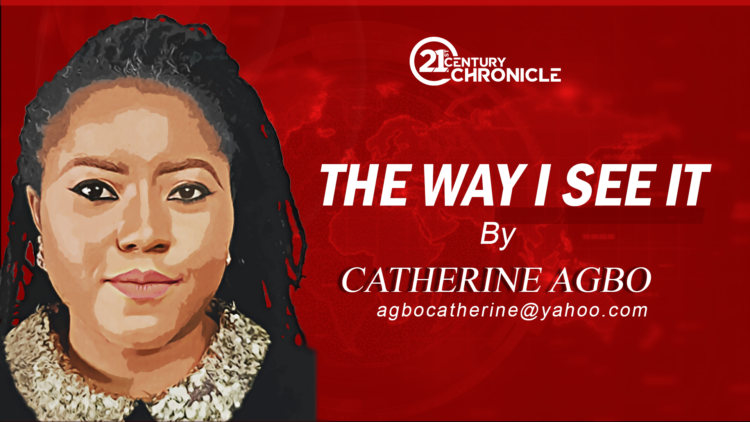 Lagos State has for long taken the lead in lawmaking as one of the states with some of the best and up-to-date laws in the country.

The state House of Assembly set the pace again this week with the passage of a bill prohibiting the police from pre-trial media parade of suspects arrested in the state.

Over the years, there have been a lot of debates over the propriety of parading accused persons before the media.

Rights activists and civil society organisations have campaigned against it on the basis that it violates the fundamental human rights of the suspects.

Among other things, the bill, wants suspects to be accorded humane treatment with the right to dignity of person and not be subjected to any form of torture, cruel, inhumane or degrading treatment and that arrested persons shall be given reasonable facilities for obtaining legal advice, bail or making arrangements for defence or release.

Nigeria is a country governed by law and Section 36(5) of the 1999 Constitution as amended guarantees the right of citizens to be deemed innocent until proven guilty. Similarly, Article 7 of the African Charter says every individual shall have the right to have his cause heard.

It is on the basis of these extant laws that the gleeful manner in which the police parade suspects before the media to grant interviews is a worrisome trend that needed to be done away with.

Only law courts have the powers to declare anyone guilty if the evidence before the court is overwhelmingly against the suspect.

Both suspects, young people, were brought before journalists and like canaries, they sang.

Law enforcement agencies portray suspects through these media trials as convicted criminals even while investigation of the crime is still ongoing. They allow the media to become investigators, asking the suspects all manner of questions, including the absurd.

The reason the police especially, and other law enforcement agents go this route may not be known but if it is a way to prove that its men are working, then I must say it is counterproductive as the desired results are not achieved sometimes.

In the case of alleged kidnap kingpin, Chukwudimeme Onuamadike, after granting interviews and making revelations that made sensational headlines, the suspect denied that he committed the crime when he appeared in court, insisting that he was made to admit to the crime under duress. Many other similar cases abound.

One glaring thing any keen observer may have noticed is the class disparity in the media parades. How is it that those who are often paraded are people in the lowest rungs of the society, especially when the alleged crime is against a rich or powerful person?

There are records of the affluent and powerful who were prosecuted for crimes, found guilty and jailed but were never subjected to any kind of media parade.

This goes to show that the law enforcement agencies are fully aware of the laws against this and cases that have been instituted against the practice and won, but choose to do otherwise, to gain public appeal.

Despite attempts by a former Inspector General of Police, Ibrahim Idris, to give the act a semblance of legality when he justified it by saying that it was simply the police letting the public know its efforts and achievements in crime fighting, the fact remains that the act is unprofessional, illegal, inhumane, a violation of the rights of the suspects and has no place in the country’s law.

Such actions also assassinate the suspect’s character and portray them as guilty in the court of public opinion.

These pre-trial parades apart from undermining the rights of the accused, also have the capacity to undermine fair trial.

With the new law in Lagos now awaiting executive assent, what remains to be seen is whether the state has jurisdiction over a police force it does not control.

Be that as it may, the way I see it, this is one law that should be made a federal law and enforceable in all states of the federation.

Kidnaping will continue in Nigeria unless… – Marwa