by Mahmud Jega
in Lead of the Day, On the hot burner
0 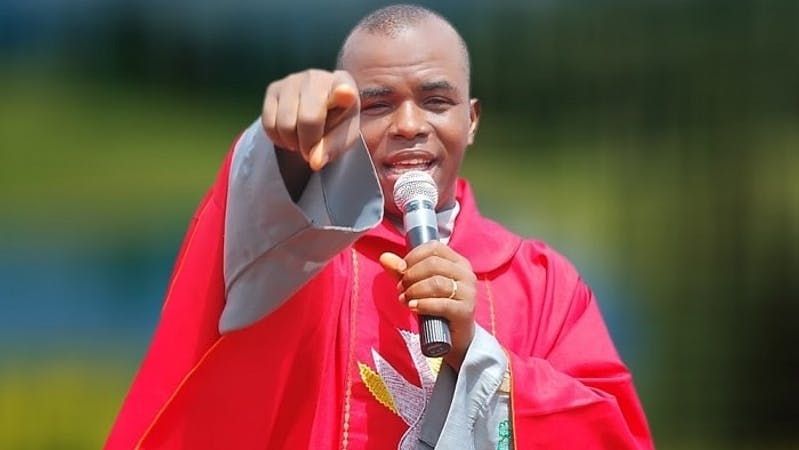 Some folks in Enugu were about to start a riot on Wednesday due to the sudden disappearance of controversial Catholic priest Father Ejike Mbaka, Spiritual Director of Adoration Ministry in the same city.

Since Mbaka had a public spat with the Presidency only last week, people rushed to the conclusion that the state had a hand in his disappearance. They gave the government an “ultimatum” to release him. Lo and behold! Mbaka reappeared just as suddenly. He said it was his church superior, Bishop of Enugu Diocese, that tried to detain him for a month so that Mbaka could devote time to fasting and prayer. Meaning, he has strayed appearance, Mbaka publicly castigated the Bishop, a rare event in the highly hierarchical Catholic Church.

Father Mbaka is fighting the equivalent of a war on two fronts, with the Presidency and with his Church superiors. Even Adolf Hitler did not win a two front war.