by 21st Century Chronicle
in Sports
0 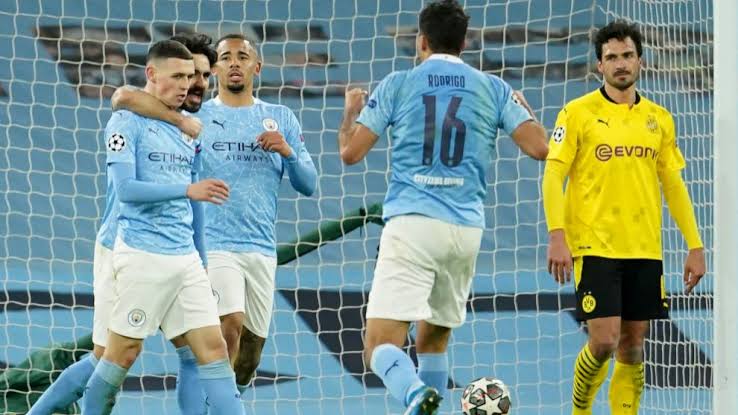 City clinch a vital 2-1 first leg victory over Dortmund, thanks to a late strike from Foden.

Manchester city led 1-0 at the break, but Haaland almost levelled straight after the restart, only to be denied by Ederson.

City could have wrapped up the win earlier with Foden and De Bruyne going close on few occasions, but they didn’t take chances and Reus punished them at the other end.

However, Foden popped up late on and made it 2-1.

The two sides will meet again next Wednesday.

Before then City will return to Premier League action as they face Leeds United.

Barcelona holds to 1-1 draw by Granada