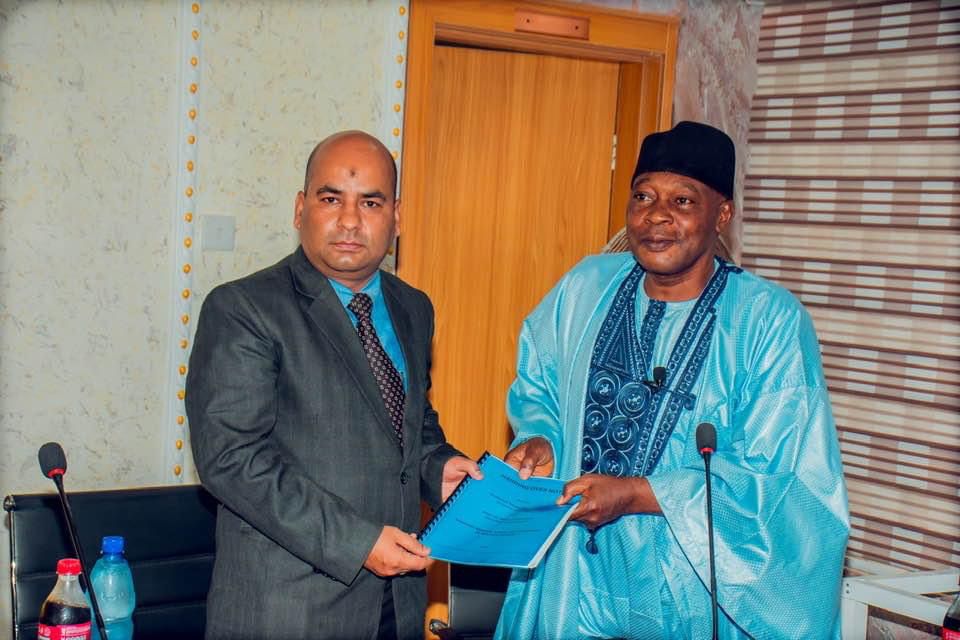 Speaking while handing over the university to the new president, the acting President of the University, Prof. Mohammed Sanusi Magaji Rano, said no fewer than 715 students who were admitted into the university had so far registered.

He thanked the founder of the university, Professor Adamu Abubakar Gwarzo, for giving him the opportunity to serve the university in that capacity.

He also expressed appreciation to Prof. Gwarzo for the confidence reposed in him in addition to appreciating him for appointing him as the new Secretary General, Association of African Private Universities (AAPU).

Earlier in his opening remarks, the Founder of MAAUN, Professor Adamu Abubakar Gwarzo said the event marks the handing over of the university to the newly appointed President, Professor Israr who came from India.

He commended the seven-member Technical Committee, under the chairmanship of Dr. Nura A. Yaro for its commitment, selfless service and contribution towards the smooth take-off of the university.

He said even though the technical committee had completed its assignment, the committee would continue to offer meaningful advice to the new President when the need arises.

In his remarks, the Chairman of the Technical Committee, Dr. Nura A. Yaro said the committee, which was inaugurated on 11th January 2022 to ensure smooth take off of the University, had registered about 715 students.

He noted that the committee was able to deliver as expected as it was given free hand to operate by the Founder, Professor Adamu Abubakar Gwarzo.

Also in his remarks, the appointed President of the University, Prof. Mohammad Israr thanked Prof. Gwarzo for the appointment and pledged to work towards ensuring that MAAUN becomes one of the best in the ranking of universities across the globe.