by Mahmud Jega
in Features, Lead of the Day
0 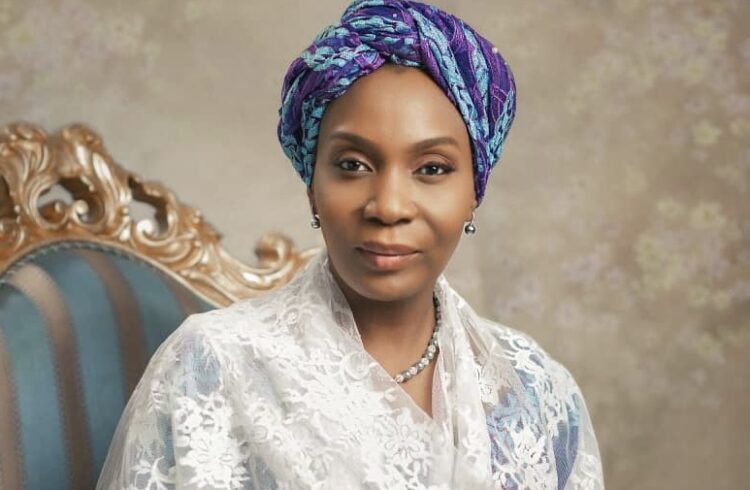 Her late father Sir Ahmadu Bello, Sardaunan Sokoto, first and only Premier of the Northern Region; her late guardian who brought her up, Alhaji Muhammadu Bashar, former regional minister and Emir of Daura; and her late husband Alhaji Umaru Ali Shinkafi, top spymaster and frontline presidential candidate, were the most public of men. Yet, Hajiya Lubabatu Ali Shinkafi, nee Ahmadu Bello, has been a most private person, very reserved, self-effacing, even shy, totally averse to public appearances except for philanthropic causes.

Last Sunday, Hajiya Lubabatu was honoured as Mother of the Day at an occasion organized by Ahmadu Bello Memorial Club of Ahmadu Bello University [ABU], Zaria, in memory of their former patron, the late Galadiman Katsina Justice Mamman Nasir, former President of the Court of Appeal and former Minister of Justice of Northern Nigeria, one of Sardauna’s top lieutenants.

Her address delivered, by her representative nephew Ahmad, wasvery moving and it brought tears to the eyes of the elderly in the audience, who remembered that this last child of the great premier was born in May 1966, five months after his brutal assassination in January of that year. The younger ones in the audience who were eagerly looking forward to see the nearest biological manifestation of Sardauna, cheerfully accepted her apology for why she could not attend in person. Sardauna of course was a great grandchild of Sultan Muhammadu Bello, son of Sheikh Usman Danfodio, which makes Goggo Luba a direct descendant of Danfodio.

Goggo Luba was born in Sokoto on May 18, 1966. Emir of Daura Muhammadu Bashar adopted her when she was six months old and brought her up in his palace until she got married in 1986. She had her nursery education in Daura, went to Kaduna Capital School, which Sardauna founded in 1958, and attended Government Girls College, Sokoto. Despite her illustrious background, she kept a low profile over the years and made almost no public appearances, except at religious and philanthropic events. Even when her late husband was a frontline presidential candidate and eminent statesman, she made no foray into politics and hardly ever featured at political gatherings.

She quietly raised her family, her daughter Hafsatu, born in 1988 and her son Ahmad-Bello, born in 2002, in addition to numerous adopted children. She is however deeply involved in philanthropic activities, of a very quiet nature. She is also a political consultant of sorts; many ambitious politicians from Sokoto and beyond troop to her house to seek advice and guidance. Even though she was never a politician herself, they probably believe that she inherited political sagacity from the late Premier and learnt all political tricks at the feet of her late husband, Marafan Sokoto.

Ahmadu Bello Memorial Club did very well to drag Goggo Luba out into the public arena, however briefly. The public might probably get to see and hear more of her in the years to come, being the last Matriarch of the great Sardauna-Marafa political family still standing.