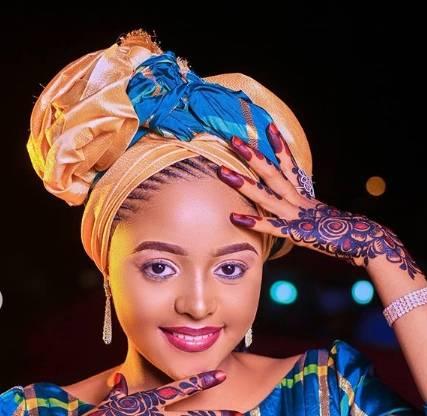 A 22-year- old Kannywood fan has been reported to have used a knife in inscribing an actress’s name on his hand to show his love and support to a Kannywood actress currently making waves.

The young fan whose name wasn’t disclosed had used a knife to inscribe the name ” Ummi Rahab’ . Ummi Rahab is an upcoming actress in Kannywood who is currently making waves in the film making industry. The actress was shot into the limelight with her film titled ‘Ummi’ where she acted alongside Adam A Zango.

Unconfirmed sources have also revealed that, there are many fans of the actress that have either tattooed her name or inscribed it on their body parts.

All calls put to the actress’ phone lines were not answered and attempts made to reach her to comment on the issue proved abortive as the actress was said to have been out of town.

Enough of the attacks on Northerners and their economic interests, by Bello Matawalle