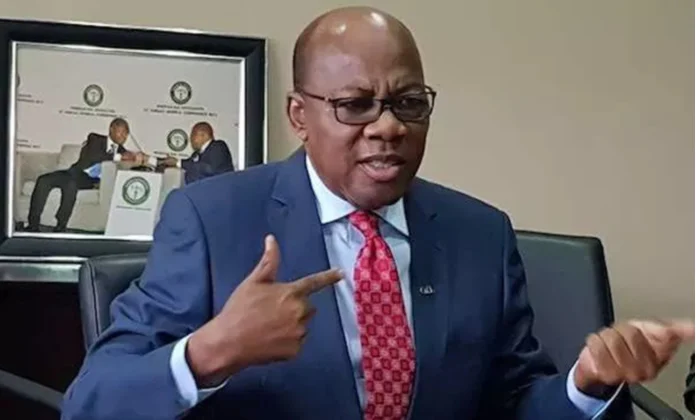 Senior lawyer, Olisa Agbakoba (SAN), has said that former President Goodluck Jonathan is constitutionally qualified to vie for the presidency in 2023.

The senior lawyer’s position is in tandem with that of Mike Ozekhome (SAN), who had earlier opined that the constitution did not stop the former leader from contesting.

Agbakoba said, “The eligibility of Former President Goodluck Jonathan to run for the office of President has become a vexed issue. In reviewing whether he is eligible to run, I will consider the legal issues. The moral and ethical questions are not for me to consider,” Agbakoba said.

“Such a vice-president, if he decides to run for the Office of President, will be eligible for one term of 4 years only. Even though ordinarily he will be entitled to two terms of 8 years.

“The logic behind it is that if the vice-president fills the president’s void and runs for two terms, he is most likely to exceed the constitutionally prescribed maximum tenure of 8 years.

“But the question is whether Section 137 (3) of the constitution applies to Former President Goodluck Jonathan.

DStv, GOtv packages to sell at higher prices from April