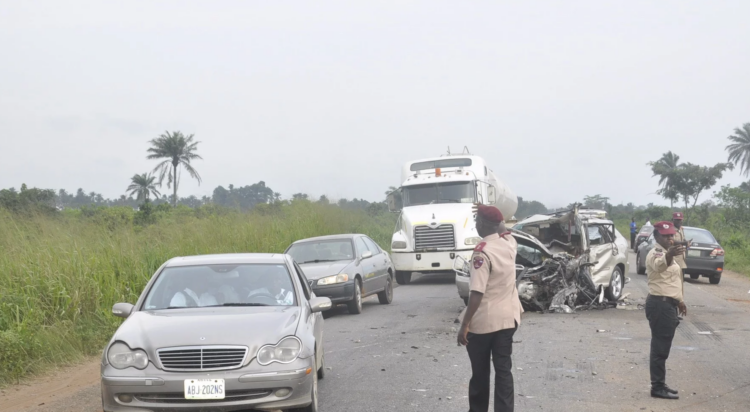 A crash along Kaduna – Abuja highway involving a bus and a trailer killed at least 20 passengers on Tuesday.

The deceased included 17 males, two women and a child.

Two other passengers have survived the crash, it was learned.

The incident happened around 5am on Tuesday after the bus driver crashed into a parked truck.

The state Sector Commander of Federal Road Safety Commission (FRSC) Hafiz Muhammad has suspected fatigue on the part of the driver, who was on a night journey.

Mr Muhammad said, “The bus crashed into a BUA Cement trailer and then went into flames. Twenty two people were inside the bus out of which 20 died, 17 male adults, 2 women and a minor. They said the trailer was parked when the bus went under it. It was terrible because we always caution bus drivers against night journeys.”