House of Representatives and 2021 Census, by Mohammed Salihu

by Mohammed Salihu
in Opinion
0 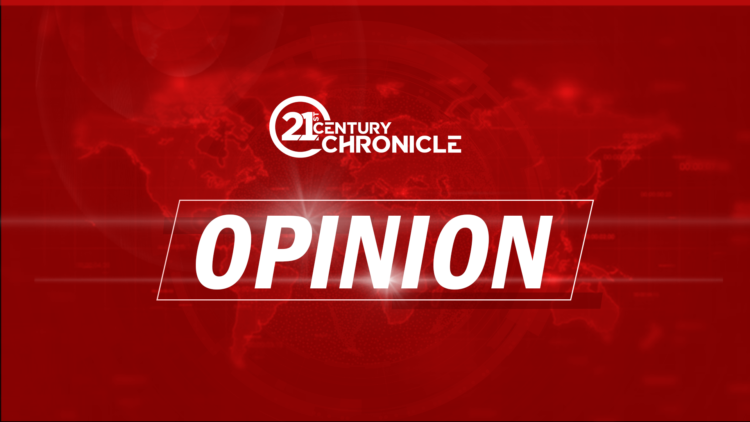 The call by the Nigerian House of Representatives last week for the Federal Government to suspend the 2021 census is not a good one for our census history, also certainly not progress for a country with insecurity problems mostly from uncontrolled transborder movements and poor planning, inaccurate census and other sundry issues. Therefore, to postpone the national census just because we are feeling we cannot afford or secure it without a concrete proposal is not responsible and will be obviously counterproductive in all senses.

The colonialist (British), who are why we are a commonwealth country, never allowed a situation that will warrant them govern over any reasonable period without a census regardless of the myriads of problems that they were faced with, because they understood both the urgency and necessity of census, hence those of 1897, 1911 and 1952 all were held even when all unpopular and unacceptable to many people of those times. For the National Assembly (NASS) to be one making this call is very wrong and quite disturbing and because they have a duty to ensure that the census holds.

Fintiri and governance in Adamawa, by Dahiru Hassan Kera

Restructuring and its implication for Nigeria, by Nasiru Aminu Ahmad

Perhaps the situation under which the United States conducted its 2020 Census can better explain my point and the need to ensure that our representatives come up with a way forward rather than their present approach of doing nothing and backwardness. In the middle of the pandemic last year, the US initiated and completed the enumeration of its people. During the year 2020, we have heard of the unprecedented loss of lives and widespread provocative protests and reports that shows an alarming uptick in civil unrest, yet the needful was done to meet up this particular vital constitutional requirement.

It is noteworthy to state that the line being drawn in the House of Representatives’ sand is not just about resource and security, but not seeing a need for something, and this idea seems ingrained in the hearts of almost all members, and this can be fatal to our national development and history. The difference between being a small or big country is decided in census, but politicians, understandably so, think of themselves first, and what is not safe for them is not safe for the country. With those mindsets they can do anything to imperil the 2021 census in their favors if allowed unchecked.

We are faced with a vacuum of proactive leadership in this country. The peanut-sized brains of most representatives have hemorrhaged. They are clueless and unaccountable! How bad has it been in Nigeria, that those that makes the laws are now calling for a shift from them in order to break them excusably? A typical case of taking the wrong train and wishing to reach the right station. And that is what you expect when the aspiration for public office is driven by self, not service to the society and people.

It should be a matter of great concern and shame for all well-meaning Nigerians that we have been so devalued in morals over the years that suspicion can now even arise of the possibility of people’s representatives earmarking projects for their constituencies as an opportunity for diverting the monies for their outlandishly lifestyles (something very unthinkable in this country many years back). At time like this? Those are the people we elected as our so-called Right Honorable. Willing to abandon public good for self-interest!

21st century governance is almost not efficient and feasible without an accurate census. We must implore our NASS to pass landmark legislation that protects census dates and outcomes, right the wrong of the past on them, and prevents their further jeopardy, full stop. We cannot afford being at odds with science and facts in this modern era when they both dictate the pace of development and sustenance. Like election cycles that bring about the political leaderships, the census provides the basis for quality governance and development.

Traditionally, the essence of census is to ensure an accurate apportionment of seats in the House of Representatives based on populations, however, that perception began to change during the colonial eras, when the governments recognized that an accurate census could provide useful information for improved governance, as they could not have governed an unstable population. Today, all government and private businesses across the world need accurate census in myriad ways that go beyond just counting the number of people in a country. Accurate census is required for prevent underrepresentation, ensuring compliances with law, assessing the economic wellbeing of the people, prioritizing assistances for families (elderly, low-income, disabled, retiree etc.), planning education, infrastructure, emergencies i.e., disaster reliefs, businesses etc. All these are essential in order for peace, prosperity and happiness to flourish in modern society.

Just when we thought the FG have started making some of the right moves to lessen the national tension generated by the insistence insecurity across the country in the past weeks and President Muhammadu Buhari was beginning to win his hard narrative of rebuilding from the wreckage of the previous regimes, our representatives passed this rather a worrying resolution asking the FG to potstone the 2021 census, which can dampen the moral of the nation and escalate tension the more.

As stipulated in the Act that created the National Population Commission in Schedule III (B) section 153.1 (J), the census should be conducted every 10 year to account accurately and objectively for the population of the country. At date, the census will now have slipped for the fourth time if this calling sail i.e., 2016, 2018, 2019, 2020. Defaulting the census clause of the constitution violates it and from whichever angle it is being looked at (whether it is security, or finance etc.) and it is not right nor lawful or allowed that of all places it is the House of the Representatives who are part of the law makers and the custodian of the constitution are the ones making this sad call.

Promoting the postponement of the 2021 Census without tangible reasons is turning our backs on the rule of law and poisoning our democratic system. Our legislators must learn how to teach the population to respect the rule of law by their own examples as an institution, and they must know that going forward both their actions and inactions are in the eyes of history and go into the realm of it. Our country is at a turning point and our representatives must decide whether we are going to choose fear, hopelessness sand selfness over truth, duty and the constitution.

Governance, taking responsibility and being held accountable are not just mere words to be used during swearing-in and inauguration ceremonies. They are enforceable; therefore, we should not leave our representatives alone, rather be impressed upon to collaborate with the FG to ensure that they devise a funding and implementation mechanism that ensure that our census never slips. Public officers are not just elected to serve out their tenures but to see to what can be done and set out to achieve the dreams of the people and not just abandon the citizens to pray to their own gods about it.

We have only elected representatives to solve the problems of the country and those of the people, and these include the 2021 Census. It has been so sad watching our country being left to drift into deep corruption, insecurity and internal strife as a result of lack of proper planning and purposeful leadership, now we all have a chance to stand up against anything that is wrong and build for the future so we can put it back to good health.

As citizens and patriots, we should engage the public to push for acceptable census and support the National Population Commission with advocacy and lawsuits to protect the census from its continual slips (of year to year and since 2016). Now that President Buhari has approved a whopping N10 billion for the exercise this year, we should hold the NASS and the NPC itself both accountable for their inactions that now follow anything short of a transparent census.

For our country to attain its potentials fully, we need some serious people with great ideas in positions of power to have something built up for the census to always happen timeous, not naysayers calling them off for the indefensible reasons. Our country needs men and women who are willing to stand up and try to find a way and deliver the dream to all, not just the lucky 4% at the top of the pile. Have we not learned enough from seditious situations of neglect, incompetent and selfishness? Only time and next round of elections can tell.

Salihu can be reached at msalihu@gmail.com

Fintiri and governance in Adamawa, by Dahiru Hassan Kera

Restructuring and its implication for Nigeria, by Nasiru Aminu Ahmad

What is the endgame in Nigeria’s South East?, by Azu Ishiekwene

COAS Attahiru: An unforgettable General who departed in the middle of war, by Samuel Aruwan