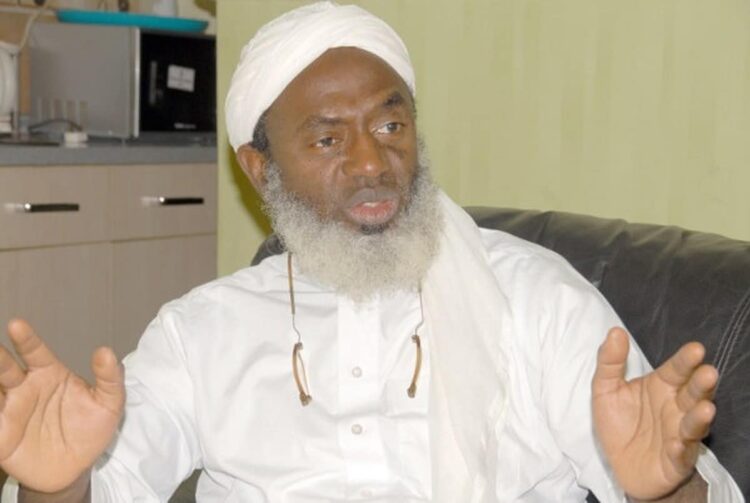 A Kaduna-based Islamic scholar, Sheikh Ahmad Gumi, has advised Kaduna State Governor Nasir el-Rufai to consider his stance and negotiate with bandits in order to free the students in their captivity.

Gumi was reacting to the killing of three students of Greenfield University, Kaduna by bandits who abducted them from their school on Wednesday.

El-Rufai has maintained that military approach was the best to end banditry, but Gumi favours negotiation.

Gumi said, “The situation is becoming dire… and I think there is a great misunderstanding and poor reading of the situation on the ground.

“Honestly speaking, it is very unfortunate. There is an ethnic war going on, and I have been saying it. It is a war but if we don’t want to accept that it is a war, we will continue to suffer.

“You remember the Iran-Iraq war when they were bombing Baghdad and Tehran and they didn’t care about the civilians. When young girls (and boys) are killed like that, you should know that it is not just criminality, it is beyond criminality, it is a war.

“There is a lot we can offer but the government is not ready to cooperate.”

Many killed in Bauchi-Gombe border clash