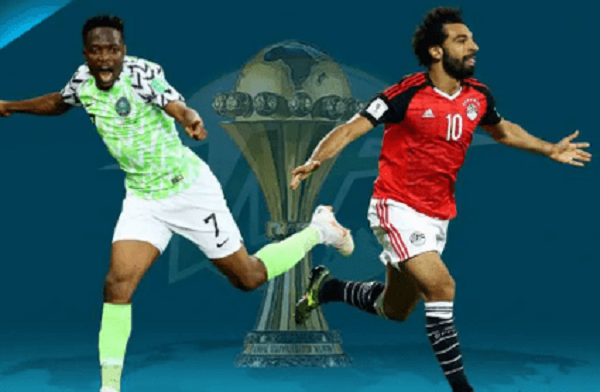 Apart from the host country, Cameroon who opened the Africa Cup of Nations with the help of two first half penalties to win 2-1 over Burkina Faso in the opening game, the first round of the tournament ended on Wednesday with all other matches ending with a binary score of 0 or 1 goal earning the competition the nickname ‘Digital AFCON’.

The Match Day 1 ended with a total of 12 goals scored across 12 matches, an average of 1 goal/match.

The first day saw Ethiopia lose 0-1 to Cape Verde, while Senegal beat Zimbabwe 1-0, Guinea thrash Malawi 1-0, Morocco pulled a fast one from one of tournament favourites Ghana 0-1, and Comoros lost to a stronger Gabon 0-1 on the second day.

On the third day, Algeria vs Sierra Leone and Sudan vs Guinea-Bissau all ended in a goalless draw while Nigeria defeated the hard fighting Pharaohs of Egypt 1-0.

Sikazwe later tried to play the final four minutes only for the North Africans to object and protest. The other matches – Mauritania vs Gambia and Equatorial Guinea vs Côte d’Ivoire all ended 0-1.

The goal drought from this tournament was a far cry from what obtained in the last competition in 2019, 27 goals were fired past goalkeepers against the current 12, with Uganda, Guinea, Madagascar, Senegal, Algeria, Cameroon, Ghana, Benin and Mali all scoring more than 1 goal each.

With Cameroon embarrassing Ethiopia with 4-1 defeat, it was like the goal feast was here, alas that was not to be as the next match Cape Verde versus Burkina Faso ended 0-1, thus disappointing fans that the days of the goal drought were not over yet.

Should we expect more goals from the other teams? We will bring you updates as the tournament progresses.

No Yoruba Muslim has emerged as president since 1960 – MURIC