by Catherine Agbo
in Features, Lead of the Day
0 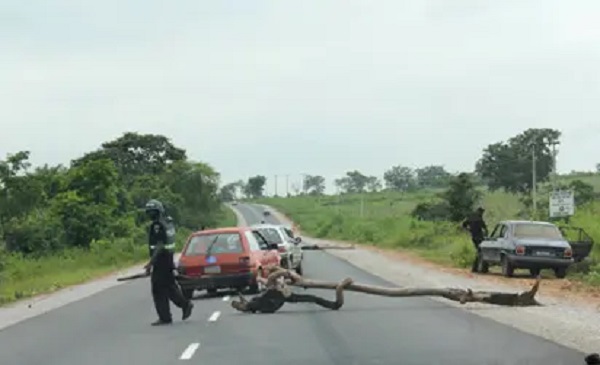 When Whitney Orbiam set out on a recent trip to Benue, she wasn’t expecting to be confronted with what she saw on the road.

Narrating her experience she said, “I was on my way to Katsina-Ala and the vehicle I was travelling in broke down somewhere before Ugbema. By the time it was fixed and we continued it was dusk already. I have never seen the number of roadblocks I saw on that road anywhere else in Nigeria. Apart from being only a few meters apart from each other, thereby making the journey so tedious, they were also largely manned by dangerous looking young boys in mufti that can easily be taken for criminals, going by their menacing looks.”

Roadblocks set up by the police have been a feature on Nigerian highways for a very long time. The roadblocks, which are erected with logs and other movable materials, were originally to serve the purpose of policing the highways, to check crime and criminality.

Over time, they seemed to have lost their essence as policemen deployed to the checkpoints, where the roadblocks are set up, often harassed motorists and collected money from them, even as robbers had a free reign on the road.

Following public outcry about the activities of policemen at checkpoints, successive inspectors-general of police have often announced the disbandment of checkpoints upon resumption of office.

Immediate past IGP, Mohammed Adamu, had in an interview with Channels Television in January 2021, said all checkpoints in terms of road blocks remained banned.

“Up till today, checkpoints in terms of roadblocks are banned. Any police officer that engages in that is doing an illegal duty and if he is caught, he would answer for it,” he said.

In April 2021, as acting IGP, the incumbent IGP, Usman Alkali Baba, in his 12 point agenda for quick implementation in the Nigeria Police Force, ordered the immediate dismantling of all police checkpoints and road blocks across the country.

IGP Alkali was quoted to have frowned at the flagrant violation of the approved Nigeria Police Force dress code by officers on patrol and guard, stop and search, and other routine police operations; who had formed the habit of wearing t-shirts and face caps with “Special Forces”, “Commando”, “Gallant MOPOL”, “SCORPION”, and other inscriptions while on duty.

“The IGP has described as unacceptable, the use of unapproved apparels noting that uniforms, which is a means of identification, has been abused by these officers who engage in improper dressing. He equally decries the fear this unwholesome practice creates in the minds of innocent Nigerians. The IGP, therefore, ordered that henceforth, all police officers detailed for patrol, stop and search, checkpoint, and other routine operational duties must be in approved uniforms for easy identification,” a statement quoted him to have said.

Similarly, in December 2021, The House of Representatives mandated the IGP to dismantle multiple checkpoints on highways across the country.

However, it would seem that policemen on the border between Nasarawa and Benue as well as those in Benue have been observing all the orders in breach as they do not only mount roadblocks but also wear mufti and work with area boys in the communities where the road blocks are located, to frustrate motorists and other road users.

This is in addition to the outrageous number of the road blocks which are mounted only meters from each other.

At most of the checkpoints, road blocks are mounted in a zigzag format using logs and vehicles plying the road have to crisscross the logs to have access.

In some places, they drop just one log which is often moved away to grant motorists access. The logs, in some cases, are decorated with nails intended to puncture tyres of vehicles whose drivers may want to speed past without stopping

The police have also devised an easy way of moving such logs and now construct wheels on them, using a metallic object commonly called ‘Boris.’ A rope is attached to the log and when a vehicle that has been ‘checked’ approaches, it is pulled away to grant access.

In some places, they use locally constructed wheelbarrows, popularly called “Omolanke” to block the road. Omolankes have four wheels, thus making it easy for them to be pulled away and pushed back to block the road.

Apart from the ease of removal from the road, the Omolanke also serves as a means to stop the vehicles as they have the potential to cause fatal accidents if vehicles crash into them

Use of area boys

At most of the checkpoints, between Kadarko in Nasarawa State and Agan, Benue State as well as between Gboko and Vandeikya local government, a trip that cuts across five local governments, there are over 50 roadblocks just as the roadblocks are manned by the police and area boys.

When you approach the checkpoint, you’ll notice that the policeman is sitting somewhere off the road, while the area boy stands by the side, his hand holding firmly to a rope attached to the log, waiting for direction from the policeman whether to pull and grant access to a vehicle or withhold access till the policeman comes closer.

In other places, the policemen are on the road and signal to the area boys to remove the barricade and grant access to a vehicle when they have successfully ‘checked’ and cleared them.

It was also observed that some of the checkpoints only come alive in the evening, from 5pm and late into the night.

A source at Ugbema, told 21st Century Chronicle that the presence of policemen and the numerous checkpoints on the road has not helped in checking crime in the area as area boys often set up roadblocks on the highway to rob unsuspecting travellers.

Another source in one of the communities in Vandeikya, who craved anonymity, said the area boys now find working with the police more lucrative than doing other decent jobs.

According to him, apart from the false air of importance it gives them, the area boys are also paid between N1,000 and N1,500 daily by the respective policemen they work for.

Asked where the money comes from, he said: “The money is obviously from the bribe the policemen collect at the checkpoints. Every vehicle that plies that road, especially commercial vehicles and those transporting agricultural produce, must part with some money. It is the reason food is also expensive. Imagine giving 100 each at over 30 checkpoints.”

He further stated that while the money the area boys make may be “sweet” and tempting, there were risks involved and some had paid the supreme price or wound up with serious injuries because of their involvement in the illegal outsourcing racket.

According to him, there were times armed robbers opened fire on the checkpoints and if the area boys happened to be hit, they were on their own.

“There have been instances when heavy duty vehicles approach the roadblocks with speed, leaving the area boys little or no time to remove the logs or run away and the vehicles drove on the logs, causing them to flip and injure bystanders.”

WhatsApp messages were also sent to an officer in the public affairs unit for his attention but the officer, who had been responding all along, did not reply further messages after reading the chat that contained the question for which clarification was sought.

Similarly, the spokesperson of the Benue Command, SP Catherine Anene, read but did not reply a WhatsApp message sent to her known mobile line on August 29, 2022, up to the time of this report. Phone calls to her line also rang out and were not returned. 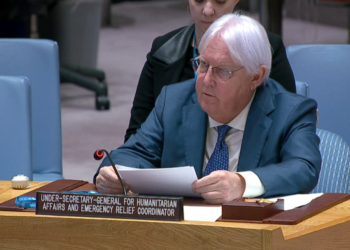 Boris Johnson to G7 leaders: Don’t give up on Ukraine