by Terpase Tyough
in Features, Lead of the Day, Politics
0 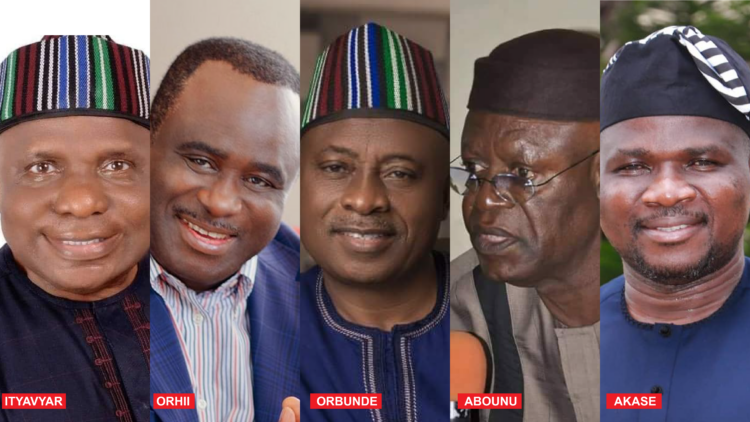 In Benue State, four top aides of Governor Samuel Ortom are leading the race for the Peoples Democratic Party (PDP) governorship ticket ahead of the 2023 general elections.

The contest has been narrowed down to Benue North East Senatorial District popularly known as Zone A, made up of seven local government areas: Katsina-Ala, Konshisha, Kwande, Logo, Ukum, Ushongo and Vandeikya in a power rotation arrangement between the two zones controlled by the Tiv ethnic group.

Tiv, which is the largest ethnic group in the state, has produced the occupant of the seat in every election in the state. The group is spread across 14 local government areas of Zones A and B.

The Idoma ethnic group, which is the second largest tribe in the state, spreads across seven local government areas, and the Igede stock in two councils make up Benue South Senatorial District (Zone C).

Benue South has not been able to break the jinx of not producing a governor for the state.

Undeterred by the disadvantaged position his zone finds itself, Engr Benson Abounu, Ortom’s deputy since 2015, is favoured to pick the party’s ticket from Benue South.

In Benue North East, which turn is to produce the next governor of the state, after the seat had gone round all the Tiv-speaking zones, Ortom’s top aides, including a former commissioner for education, Prof Dennis Ityavyar; a former chief of staff, Terwase Orbunde; and chief press secretary, Terver Akase; are the leading contenders.

21st CENTURY CHRONICLE further reports that in Benue East, where the governorship seat has been zoned to, among the seven LGAs, Katsina-Ala, Logo and Ukum have had their turns, having produced Gabriel Suswam, Ortom’s predecessor. This has narrowed the contest to Konshisha, Kwande, Ushongo and Vandeikya.

Party elders and stakeholders from the zone recently came up with the idea of a mock election for each council in order to come up with an acceptable flag bearer.

The exercise has scaled down the number of people in the race. The outcome of the exercise shows that Prof Ityavyar, Orbunde and Akase, topped the winners chart in Vandeikya, Kwande and Konshisha respectively.

In Vandeikya, 11 aspirants availed themselves for the contest supervised by the elders and stakeholders from the council, led by Chief David Iyorwashima Amoh, which was held on March 18, 2022.

The outcome of the exercise indicated that Prof Ityavyar came top with 25 out of 112 votes cast, followed closely by Terkaa Ucha, a House of Assembly member, who snatched 24 votes. SON’s ex-DG, Paul Angya, got 23 votes, while the speaker of the House of Assembly completed the top four with 20 votes.

The Ushongo chapter of the PDP also conducted the mock election to streamline the number of aspirants who have indicated interest to contest from the council in the presence of Mr Achia Agashi.

The outcome shows that Dr Paul Orhii, a former NAFDAC DG, came first with 54 votes out of the 135 cast. Terver Atsar came second with 38 votes, while Chile Igbawua came third with 33 votes. Pastor Joe Chugh followed in a distance with five votes, while Robert Orya got three.

Others were Donatus Akumbur two votes, while Isaac Adeyongo got zero to complete the list.

The PDP in Kwande also carried out the exercise of trimming down the number of aspirants. The exercise took place in Adikpo on Tuesday March 22, 2022.

In an attempt to reduce the number which was initially above 10, the mock election was conducted and four aspirants were chosen based on the scores they got. They are Terwase Orbunde who came first with 58 votes, Tersea Gbiseh got 27 votes, Paul Orkuma Ubwa received 20 votes, while Isaiah Terhemen Ipevnor could only harvest five votes.

Others were Tavershima Anumve with one vote out of a total of 109 cast; Asen Sambe, Agaor Christopher and John Tyonongo got a zero votes each.

In Konshisha, Terver Akase came first, followed by Mr Julius Atorough. The comprehensive result for the council was not handy as at press time. 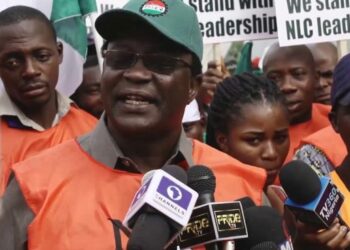 How my father, I were framed for murder – Wike