FEATURES: How to stay healthy in this harmattan, by experts

by Umoru Faruk Salifu
in Features, Lead of the Day
0 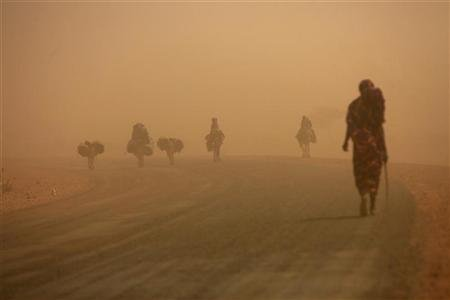 It is the harmattan season and there seems to be an outbreak of flu or influenza. The flu, a contagious respiratory disease caused by the influenza A, B and C virus, affects the nose, throat, and even the lungs.

The viral infection leads to coughing, sneezing, fevers, headaches, and diarrhea in some cases. There is reason why medical experts called harmattan the flu season.

The situation is worsened by the outbreak of Omicron COVID-19 variant which is ravaging the world. 21st CENTURY CHRONICLE has spoken to medical practitioners who suggested many ways Nigerians can stay healthy in this season.

“The cold weather is very harsh and from the results of the tests we have carried out so far, many people are being affected by cough and breathlessness,” Mr. James Egwuda a Medical Laboratory Scientist and proprietor of El-Shaddai General Hospital, Mararaba in Karu Local Government Area of Nasarawa State told the 21st CENTURY CHRONICLE.

Mr. Egwuda who says he has more than two decades of experience in medical lab said, there is an increase in the number of people who have been affected by cough in this year more than last even before the coming of harmattan.

He said “there have been about 70 percent increase in the number of those affected by cough who also show symptoms of COVID !9,” warning that the government must keep a watch on the situation in the event of more people getting infected.

Minna-based Hassana Adamu Musa in Niger State who has pneumonia told 21st CENTURY CHRONICLE that she has never suffered severe cough and catarrh before like she did this year. She said she was hospitalized due to the ailment.

Corroborating Mr. Egwuda, a private medical practitioner in Kano where the weather is harsher than in Karu, Dr. Mohammed Hassan Yakubu said from seeing less than three patients, he now sees from ten to 15 patients daily.

Dr. Yakubu told the 21st CENTURY CHRONICLE that the most vulnerable group is the middle aged people. “Up till now some people still don’t believe that COVID 19 is real until they see someone close to them suffering from the disease.

“So they are not taking the wearing of a face mask seriously. Even with this change of weather, you still need to wear a face mask because of the wind and dust,” he said.

Dr. Hassan advised the federal and state governments to be on the stand-by in the event the scourge escalate in view of the existence of COVID !9.

The health practitioners also identified causes of the affliction. According to Dr. Hassan, lack of personal and environmental hygiene had led to the breeding of mosquitoes. “You know mosquito bite causes malaria,” he said, adding that people have let down their guards as a result they lose their immunity and easily get infected.

According to Abuja-based Public Health Practitioner, Dr. Joseph Enegela, while agreeing that there is increase in flu even in other countries, said not everybody who has it has fever, adding that even before the advent of COVID-19, there have been cough when the cold season sets in every year.

“There is need for proper investigation before any statistics can be released, because fever comes in different forms. COVID-19 is fever, fever can induce malaria, anyone who has flu can have fever, so we have to be careful with the situation at hand,” Dr. Enegela advised.

He said the figures being shown by the National Centre for Disease Control (NCDC) showed an increase in COVID-19 during this cold season, adding that “they may have the same symptoms, they still may not have a cough.”

“Now health workers – doctors, nurses – will have the high dilemma of identifying patients of COVID-19, flu and other diseases because of the common symptoms.

“They need to increase their suspicion now that everybody has a cough. Health workers should suspect that anyone who comes to them for consultation has a cough. They need to do tests to ascertain the loss of smell, loss of taste, determine body pains, among others.”

He advised that during this period people should isolate themselves the moment they are ill, go to the hospital to see the doctor and know exactly what is wrong with them, wear a face mask and protect yourself generally.

On the measures to be taken, Dr. Enegela said “the Federal Government was doing what it is supposed to be doing through the NCDC,” while advising people to protect themselves during this season.

A member of the Presidential Task Force on COVID -19, Dr. Ibrahim Garba Bichi has advised people to raise their suspicion on the incidence of COVID-19 due to the change of weather that has caused widespread cough and disease of the upper respiratory area.

Dr. Bichi said this has become necessary to avoid the past mistake where two years ago COVID 19 was mistaken for malaria and typhoid which led to the death of people and even doctors.

“Two weeks ago, the NCDC revealed that there was an increase of over 500 times of the latest Omicron variant of COVID-19 affecting people including that of cough and catarrh.

“There should be more health education to create awareness for the citizens. People should resume the use of the COVID 10 protocols, reduce gathering and obtain vaccination to reduce transmission and other complications especially for 50 years above and those with diabetes, pneumonia and cancer,” Dr. Bichi who is with the Ahmadu Bello University Teaching Hospital, Shika, Zaria told 21st CENTURY CHRONICLE. 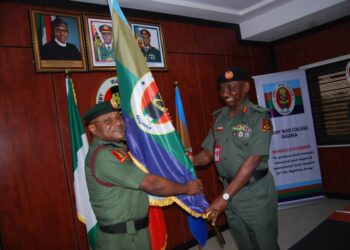