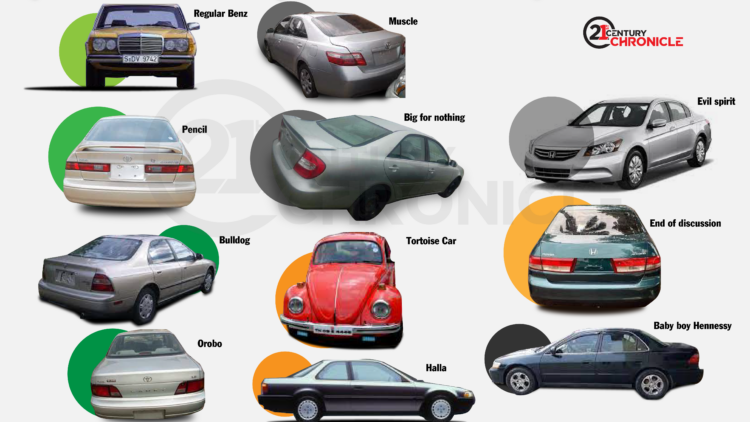 Nigerians, apart from naming their children, also name their cars. After the manufacturers have given names to these car models, Nigerians further give them names in what has been found out to be for marketing purposes, in the case of dealers and for ease of identification.

Some of these names sound funny, and somewhat ‘meaningless’ when you look at the cars as you would sometimes have a hard time connecting the name to anything about the car.

When 21st CENTURY CHRONICLE set out to tell the story behind these car names, 45-year-old Sunday Thaddeus, a car enthusiast, who came to check out a used car at a car stand, said he, in fact, names his own cars aside the popular names that the cars are known by.

According to him, one of his cars is named Dianna and when asked why he chose that particular name for the car, he said, “well, I just like the name for my car. I name all my cars.” So, if Thaddeus’ cars have names such as Dianna, what names would his children have. This was a rhetorical question, and Thaddeus just smiled.

Generally, the very popular cars in Nigeria are always rechristened and given special names, some of which describe the notable features of the cars or most popular events or stories around the car.

A group of friends or car dealers could just start calling the car a name and before long, it becomes very popular and somewhat ‘universal’.

Most popular car brands in Nigeria, Honda and Toyota, have such names as the following:

This car’s large structure didn’t quite get much acceptance from Nigerians who thought it would have come with more features, considering its size. So they ridiculed it and nicknamed it ‘Big for Nothing’ because of its big size.

The story behind this particular 1990 model of Honda is that the nickname came from the Northern part of Nigeria where the car was most popular. It is called Honda Halla and the name has stuck even though the reason behind the name remains unknown.

End of discussion – Honda Accord 2003

When this particular car came into the Nigerian market, it was regarded as one of the best things to ever come from the Honda brand. A prestigious car, only people of class could afford it. It came with the IV-Tec engine and served as a symbol of status for many Nigerians. The name ‘End of discussion’ was derived from the catchphrase the automaker used for its advertisement.

The Honda Accord 2006 and 2010 models succeeded the 2003 model referred to as ‘End of discussion’. And by way of succession, they were nicknamed ‘Discussion Continues’.

“How a discussion ends and still continues is what I don’t know,” is what an owner of this model of car at a Mechanic shop, Shola Olaide, told 21st CENTURY CHRONICLE.

What a weird name to give to a car. These two Accord models got the weird nickname ‘Evil spirit’. The name, according to car dealers, was opted for because of the terrifying looks of the models’ headlamps design.

The Toyota Camry 2007 model is said to have been given this funny nickname because it has a sleek and curvy feature. Thaddeus let out a chuckle as he made a comparison of this shape with that of a curvy beautiful lady, adding, “I would have given it a different name if it were a lady.’’

This Toyota model got the nickname “pencil’ in conntrast to the 1995 model. The long and slim shape of the model was the reason for the nickname, it was gathered.

Popularly called ‘Baby boy’, the Honda 1998 model is also called Hennessy. This nickname came about in around 2001 when the movie, ‘Baby boy’, produced by John Singleton, was released. Tyrese Gibson who took the lead role in the movie, drove the car model in the movie.

Orobo is a slang with roots in the Yoruba language and often used to refer to a chubby person. Nigerians gave this car this nickname because it happened to be among the first set of Toyota cars that were big at the time, after the Starlet, which seemed the smallest Toyota car.

The rear of this car has the shape of a ferocious dog. That’s how it got its nickname.

Apart from these mostly modern cars, there are those who can be best referred to as ‘Ancestors,’ said Thaddeus, a self-acclaimed specialist in car naming.

These ones, according to him, have become vintage cars and are in high demand.

“One would expect that the prices of these ‘ancestors’ would be lower, considering that they are no more stylish or modern, but no, they are very much in demand, and very stylish,” Thaddeus added.

Cars in this category include:

A series of cars became popular in Nigeria in the 1970s. The car brand Mercedes-Benz W123 was in this class of cars during that period. This car was called Mercedes-Benz 200 and nicknamed ‘Flat Boot’ or ‘Regular Benz’. The reason for this nickname could be that it was a way of distinguishing the Mercedes 200 from 1990 Mercedes-Benz 300/Mercedes Benz W124. Also, the Mercedes W124 had its own nickname, V-boot because of its V-shaped boot.

The Volkswagen Beetle was popular in Nigeria at the beginning of the 1970s up till the late 1980s when the car was locally assembled. At the time, it is said that the federal government of Nigeria was gifting youth corps members the car. 70-year-old Elijah Mpuun, told 21st CENTURY CHRONICLE that he actually bought his, although with the help of a car loan scheme from the government for fresh graduates at the time. This was such a popular car then that it had ‘baptismal’ names in many tribes. While the general name for Nigerians for this car was the beetle, because of its shape, the Yoruba called it ‘ijapa’ while the Hausa called it ‘Kunkuru’, and the Tiv called it ‘Kurugh’. All these names variously meant tortoise. This was a perfect description of the shape of the Beetle that bears the same look as the tortoise.

The Volkswagen Beetle was the idea and invention of Ferdinand Porsche and Nazi Germany leader, Adolf Hitler. Hitler commissioned the Beetle with the name ‘people’s car’ in the 1930s. 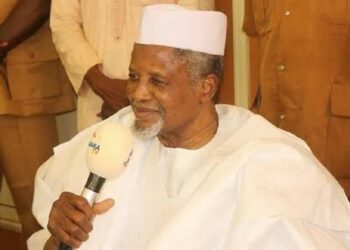 Dangote sugar production rises by 13.7% in 2020 despite pandemic